The retired two-weight world champion lost his WBA welterweight title to the 'Problem' in 2013, and believes his former opponent has the boxing ability to cause Garcia some issues when the pair meet at the Barclays Center in New York, live on Sky Sports. 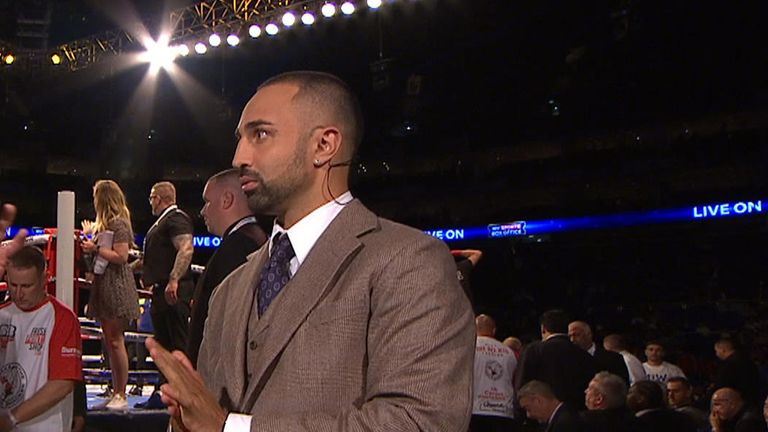 Broner's style is devised and developed to drive a guy who's fundamentally perfect crazy.

"Broner's tricky. Broner's trickier than you think a lot of times, especially for a fundamental guy. His style is devised and developed to drive a guy who's fundamentally perfect crazy."

"A guy like [Marcos] Maidana was hitting Broner because he's so fundamentally awkward, he's so difficult to time. But a guy like Mikey, he's so good and so fundamentally sound, that he's terrific against most fighters. But if he can't get used to Broner, he could wind up in a situation where he's tied up in knots."

Garcia will be stepping up 140lbs after impressively stopping Dejan Zlaticanin in January to claim the WBC super-lightweight belt and become a three-weight world champion.

The 29-year-old has knocked out 30 of his 36 victims in an undefeated career, and Malignaggi acknowledges that the Californian can end any fight with one punch given the chance.

"Mikey's a hard puncher, probably one of the hardest punchers Broner has faced," he said.

"He knows how to achieve the point of landing the shot. He's not just throwing it, he's setting you up.

"I think this fight is perfect on a lot of fronts."

Watch Broner vs Garcia live from the Barclays Center, Brooklyn from 1am on Sunday, July 30 on Sky Sports Action (Ch407).