Golovkin vs Canelo: Gennady Golovkin reveals the truth about 'much better' twin Max

Exclusive GGG on coal in Kazakhstan, a family tragedy... and his infamous twin Max

The most talented Golovkin would not fight at the Olympic Games, the struggling family decided. Gold medals were of little value down the coal mines where the Kazakh household earned their crust.

The family had developed their country's finest two amateur boxers, twins trained in self-defence by their elder brothers during a war-torn upbringing. Only one could represent Kazakhstan at the 2004 Olympics and their parents, disregarding the younger twin's superiority, chose the eldest solely based on age.

Max Golovkin's boxing career ended with that decision. Aged 22, he was the best prospect in Kazakhstan and won every tournament he entered - unless he stepped aside for his twin to share the limelight. That twin, Gennady, was now heading to the Olympics armed with just a handful of Max's in-ring ability.

Karaganda, in local tongue, translates as "black city". The coal industry in Kazakhstan's fourth-largest city provided a humble income for locals but, under Soviet rule, also meant the area was exploited for what little it was worth. A nearby military base meant the people of Karaganda had two choices for employment - the mines or the army.

Is everyone in Karaganda bred tough? "Yes, absolutely," Gennady Golovkin exclusively told Sky Sports. "I like the people of Karaganda. People are smart, they are true people - not fake." 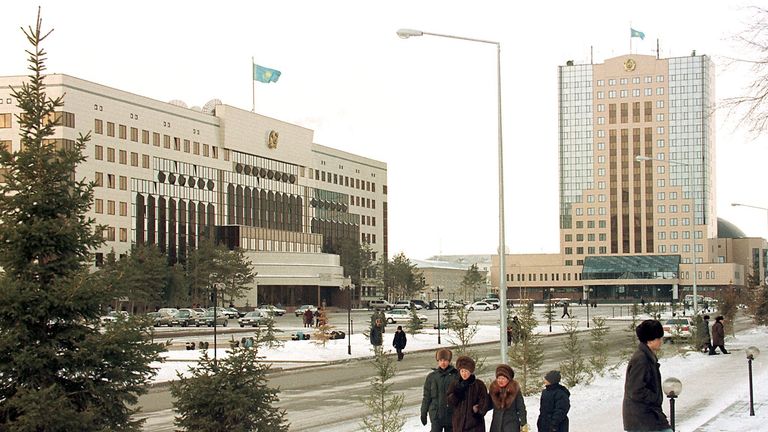 I like the people of Karaganda. People are smart, they are true people - not fake.

His father was a miner but his two elder brothers joined the army. Vadim and Sergey taught their younger, twin brothers how to defend themselves with their fists - Gennady and Max became a handful buoyed by a fascination with late-night American boxing, idolising Sugar Ray Robinson.

Vadim and Sergey died in action in the early-1990s with no explanation offered for their disappearance. Gennady and Max, now the elder statesmen in the family, took their fighting skills to amateur boxing tournaments across Eastern Europe. "He was very good, he was much better than me," Gennady remembered of his twin. Some claim, considering Gennady had 350 amateur bouts and lost just five.

"Just before the Olympic Games he said 'okay, maybe you try first'," Gennady recalled. "I said 'no, I'll try second'." The 2004 Games in Athens provided the Golovkin twins with bigger worries than nearly one thousand combined previous opponents.

Kazakhstan required just one middleweight so the decision lay with their parents, preoccupied with keeping their heads above water in Karaganda having already lost their eldest bread-winners.

"They decided that, because Gennady was 15 minutes older, Max would stay home," said Abel Sanchez, the trainer who would later mould Gennady into today's unified middleweight champion who will face Saul 'Canelo' Alvarez this weekend.

"Max wasn't as dedicated as Gennady," Sanchez continued. "Everything came easier to Max than it did to Gennady because he was more talented, so he wasn't as disciplined."

Gennady disagrees: "I think, for him, it would have been a much better chance than for me. He was more focused on boxing, he had a much better style than me."

Thirteen years on, Gennady is an unbeaten knockout merchant but his boyish grin and polite demeanour do not tell a story of hardship and tragedy. He is able to recount Max's ability with a fond smile but a single mention of the 'other twin' to any of Golovkin's entourage causes eyebrows to raise. 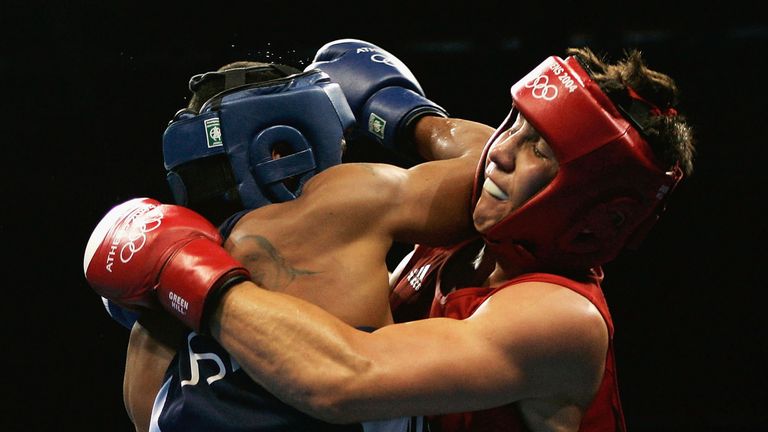 I think, for [Max], it would have been a much better chance than for me. He was more focused on boxing, he had a much better style than me.

"He's very serious inside and outside of the ring," Sanchez says, carefully. "He wasn't the smiling kind. He's just as talented as Gennady, but had a meaner disposition."

In pursuit of gold

A semi-final win against Andre Dirrell guaranteed at least silver but Gennady was surprisingly beaten by Gaydarbek Gaydarbekov, a stellar amateur who never went professional. The likeliest Golovkin to win an Olympic gold, Max, was somewhere back in Karaganda.

"He stayed with our parents," Gennady said. "I went professional."

Max would never lace another pair of gloves while Gennady headed for Germany to launch a pro career, claiming the WBA middleweight championship after four years and 20 dispatched opponents. That night against Nilson Julio Tapia remains Gennady's only pro fight in Kazakhstan. Max, at ringside but out of the spotlight, could be forgiven for thinking 'what if'.

Genetics and the gym

Max has never left Gennady's side, he just remains in the shadows. Gennady uprooted for America seven years ago searching for a west coast gym that reminded him of Kazakhstan, stumbling in and out of facilities until finding Big Bear. "I didn't like them," he said. "I like more serious training, a more professional style. Wild Card is not for me." 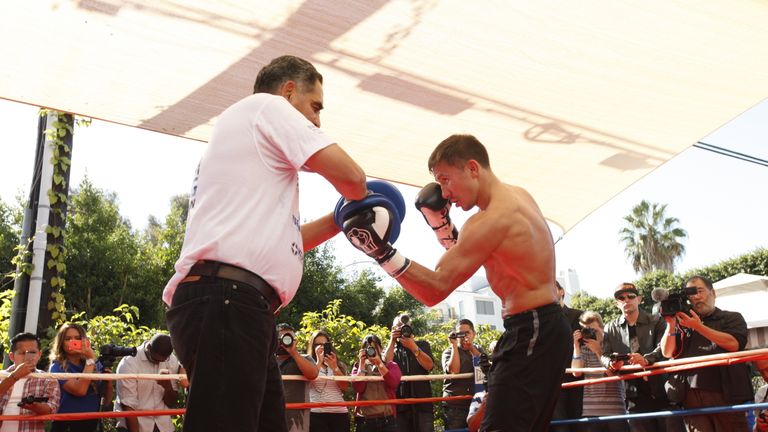 Max understands Gennady better than any of us, no matter how long I work with him. Max is his twin so he thinks like Gennady, and he's able to relay what we want in the Kazakh language.

Perhaps the secret to Sanchez wooing Gennady into the California mountains was his embracing of Max. Sanchez revealed: "Max works the corner with us, and comes into camp. Max understands Gennady better than any of us, no matter how long I work with him. Max is his twin so he thinks like Gennady, and he's able to relay what we want in the Kazakh language."

The solemn face in the corner of the gym, never smiling, is Max. You won't see him or hear from him, and he is never tempted to put the gloves back on. When Gennady was asked about the secret to his success, he replied: "Thanks to my parents, it is my genetics." Those same genetics might have created an even better Golovkin who chooses to step aside and let Gennady fight his battles.

This article was originally published before Golovkin vs Kell Brook.