Joseph Parker says that his “respect” for David Haye will not get in the way of “business” if a major fight presents itself between them.

WBO heavyweight champion Parker "looks up to" Haye, whose gym he is using to prepare for next weekend's defence against Hughie Fury. 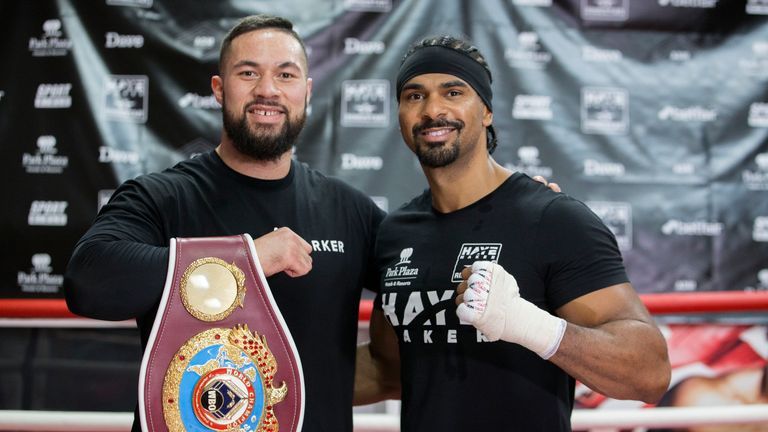 A lot of boxers get along well. But if you have to fight each other, then leave that relationship behind.

"A lot of boxers get along well. But if you have to fight each other, then leave that relationship behind.

"I would be happy to fight him. David is someone that I look up to. I watched his fights growing up. It would be great to fight him in the future, if it makes sense."

Former world heavyweight champion Haye is currently rehabilitating a torn Achilles suffered in March's defeat to Tony Bellew before finalising his return to the ring.

"David has done everything he can to make sure he's ready for whatever situation he's in," Parker said. "His ankle is a lot better now. He's trying to prevent any injuries going into fights.

"I see him training hard and he's got world title ambitions. In due time, we'll see."

New Zealand's Parker revealed that he will permanently relocate to London after aiming to extend his unbeaten record to 24-0 at Fury's expense.

"Hughie uses the ring nicely, he has good movement, and he's quite awkward," Parker said. "His defence is good because he's just so awkward.

"His weakness? Once he gets onto the ropes it's the perfect time to attack. He tires because there's a lot of movement. His chin is up in the air. 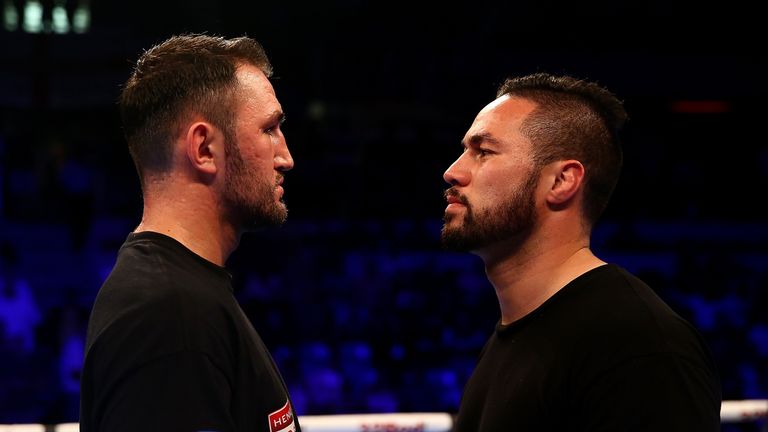 "He hasn't been challenged by the same level of opponents as I have. I'm now fighting at 100 per cent.

"He should have taken me the first time because now I feel a lot different. I'm a lot better now.

"People will see a big change. In the past two fights I wasn't happy with my performances so it's time to make a statement, and show everyone the real power that I have.