Tyson Fury says fighting Anthony Joshua would be "easy" having turned his life around and set his sights on a comeback.

The former world heavyweight champion revealed he is back in the gym and is back in love with boxing, having not fought since his win over Wladimir Klitschko in November 2015.

Fury is still waiting to face a UK Anti-Doping charge for the alleged use of a prohibited substance, but with rival Joshua expecting him to come back because "he will find peace" fighting again, the 'Gypsy King' is already looking forward to an all-British showdown. 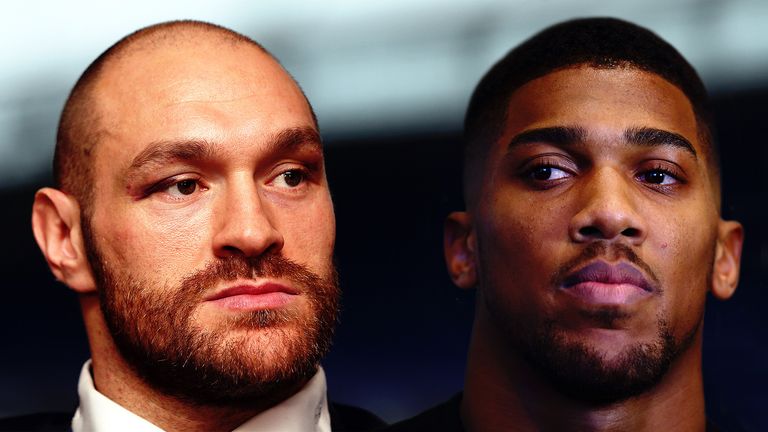 "They call me 'the boomerang', I always come back," Fury said.

"It's a fight [against Joshua] people want to see and an easy one for me with my boxing skills."

Fury recently sent out a tweet suggesting he had retired from the sport, with his licence still suspended and no date set for the hearing.

Anthony Joshua is convinced Tyson Fury will be back in action...

Fury was ringside to watch friend Billy Joe Saunders defend his WBO middleweight crown against Willie Monroe Jr on Saturday night and admits it will take time for him to get back to world-title level.

"To be honest I have to get some weight off, I have lost nearly two stone in two weeks so everything is going really well for me at the moment," he said.

"I've really turned my life around and done a U-turn on everything and I'm feeling a lot better than I did before. I'm starting to get everything great again.

"I'm back enjoying the gym work and that's how it's supposed to be. I'm a long way from entering back in the ring but I'm on the right path."