Amir Khan still wants a "massive" fight with Kell Brook, but admits they both need to rebuild their careers with wins before settling their long-running rivalry.

The former world champion recently announced that he intends to end his lengthy absence from the ring following a 2016 loss to Saul 'Canelo' Alvarez, while Brook has been recovering from an operation on his eye socket after losing his IBF welterweight title in a defeat to Errol Spence Jr in May.

Brook gained the attention of Khan with a fresh challenge on social media this week and the Bolton man believes the grudge fight can happen, although he admits they firstly need to restore their reputations with some impressive performances.

"For me and Kell Brook at the moment, I think the fight could be bigger if we both get a couple of wins," Khan exclusively told Sky Sports. 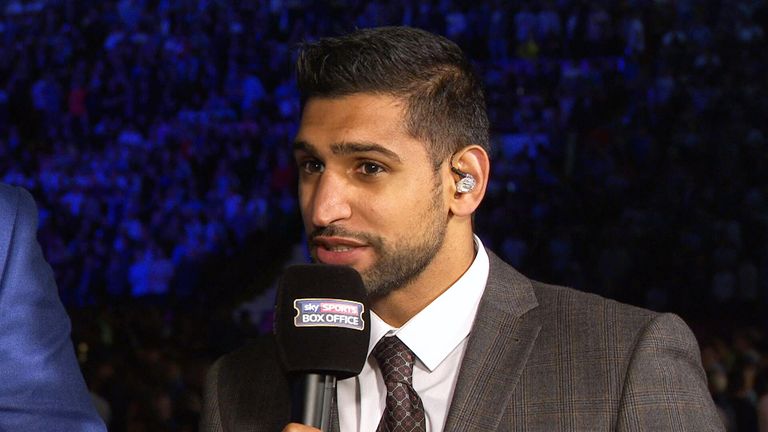 It will be a big fight now, but it will be a massive fight if we wait maybe another fight. One hundred per cent I would love that fight.

"One hundred per cent, I would love that fight."

Khan is hoping for a homecoming bout in Britain before the end of the year as he intends to put a difficult period of his life behind him.

"A lot has happened in my life, with personal issues and family drama and everything, with the hand operation," said Khan. "I think it's time now where I come back and I shine.

"I can't wait to get back into the ring and I want to fight December time."

Discussing the location of his comeback fight, Khan added: "I think the next fight might have to be in the UK. My home is England and I'm a British fighter. I want to fight in front of my fans in the UK."

Hear more of an exclusive interview with Amir Khan on this week's Ringside Toe 2 Toe podcast.