Tony Bellew is bracing himself for a "more explosive" battle with David Haye as he believes his bitter rival "learnt his lesson" in defeat.

The Merseysider will face Haye in a rematch at The O2 on December 17, live on Sky Sports Box Office, after pulling off an upset win over the former world heavyweight champion in March.

Bellew expects a slimmed down version of Haye, who suffered a serious Achilles injury before being stopped in the 11th round, but is confident he can defy the odds again in a dramatic dogfight. 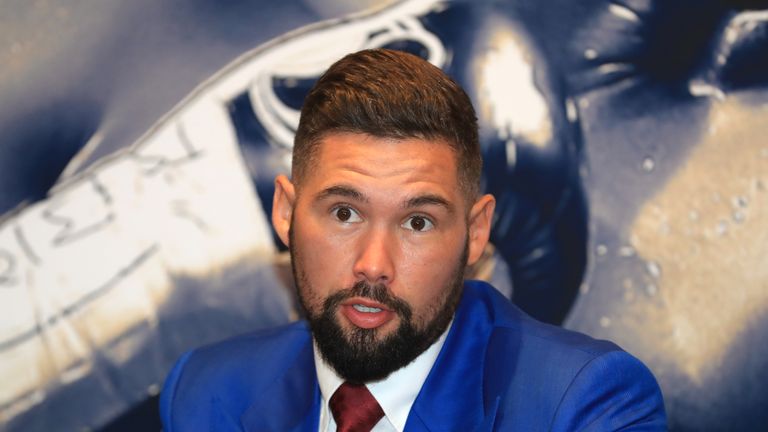 I think he will have learnt his lesson last time, and I think we'll see a different fight this time also, I really, really do believe that. Hopefully more explosive, if that's possible.

"What you're going to see on December 17, in my opinion, is two big cruiserweights get in the ring, that's what I think," Bellew told Sky Sports.

"I don't think David is going to be coming in heavy. I think he will have learnt his lesson last time, and I think we'll see a different fight this time also, I really, really do believe that. Hopefully more explosive, if that's possible.

"I'm just looking forward to proving everyone wrong again, because according to the bookies I'm going to get spanked again. I just don't see it that way. Let's see if he can shut the mouthy Scouser up."

Haye has suggested his career will be "over" if he suffers defeat again and Bellew reiterated his determination to send the 37-year-old into retirement.

"I know he can't stand the sight of me," said Bellew. "David I know you tuned in at home. Just be prepared, just be ready, because the 17th of December - it will be the last time you will experience walking to a boxing ring, it's as simple as that.

"He's been very silent and playing the nice guy at the moment. If you need me to be the bad guy mate, I can be whatever you want me to be.

"At the end of the day, he's said so many things in the past, right now I think he's run out of insults for me. I think we just want to punch each other in the face now and you're going to get the chance on December 17th."