Tony Bellew says "David Haye's tone, manner and demeanour do not represent boxing as it should be", ahead of the pair's much-anticipated rematch on December 17.

The Merseysider will face Haye in a rematch at The O2, live on Sky Sports Box Office, after pulling off an upset win over the former world heavyweight champion in March.

Bellew is confident that he can once again defeat his bitter rival and the 34-year-old has vowed to shut down the Haye "groupies". 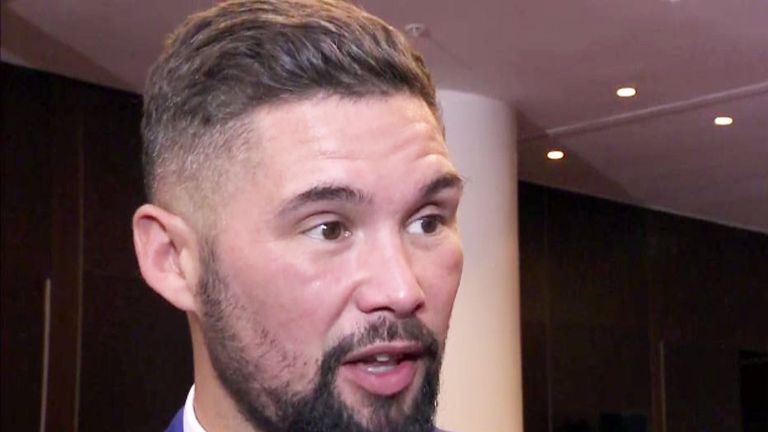 We all know Haye likes the fame and being in the media spotlight. He's the kind of diva that boxing creates, one of these guys that is more bothered about playing games with business.

Speaking exclusively to Sky Sports, Bellew said: "I'm preparing for this fight exactly how I did for the first time round, preparing for a hard fight against a brilliant athlete.

"That's all this is, a fighter against an athlete.

"Haye's tone, manner and demeanour do not represent boxing as it should be. They do not show it in the right light. He's another fighter I need to get rid of.

"We all know he likes the fame and being in the media spotlight. He's the kind of diva that boxing creates, one of these guys that is more bothered about playing games with business.

"I have ambitions and goals beyond David Haye. He questioned my desire but my desire deeply outweighs his. He is just all about money and more money, that's never been my motivation."

Bellew admits that the rematch could be finished at any point by one big punch, but the former cruiserweight world champion says he is "mentally prepared" to get off the floor and win if need be.

"I can't wait to show that I am the better man, I'm more active and consistent. I'm deep in camp, there's no playing games now," he added.

"Everything I said the first time, goes again. Don't blink, it could be over very quickly. Both of us have that massive punch.

"This time he will start less fired up, but he will tire and then I will come on strong. My intention was never to win the first five rounds in the first fight, I still won two of those though. I grind things out and can get gruelling points wins, I've done that many times.

"I may have to get off the floor in this fight but I'm mentally prepared for it.

"I can't wait to shut down the Haye groupies again, the ones who said I only won because of his injury. Let's also remember that last time, I got booed into the arena and cheered out, while he got cheered in and booed out - what does that tell you?"