Jarrell Miller expects to receive a world title eliminator fight in April and will target the winner of Anthony Joshua's unification clash with Joseph Parker.

The New Yorker is ranked in the top five by three governing bodies after knocking out two rival contenders last year and intends to become a mandatory opponent for Joshua or Parker, who will battle for three world titles in Cardiff on March 31, live on Sky Sports Box Office.

Joshua vs Parker on Box Office

Miller is next set to face Trevor Bryan in Brooklyn on a possible date of April 28, with 'Big Baby' hopeful the bout against a fellow unbeaten American will be confirmed as a WBA and IBF title eliminator.

"It's looking like the end of April. I'm going to knock his block off," Miller exclusively told Sky Sports. 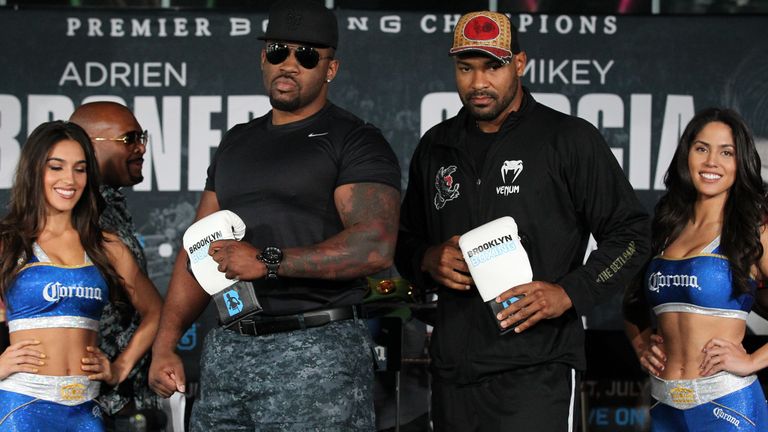 I feel like I deserve it after this fight, after I put Trevor Bryan to sleep, so that's how it is.

"It's crazy. I feel like I deserve it after this fight, after I put Trevor Bryan to sleep, so that's how it is.

"Yes, it's a WBA [eliminator] and it's also for the IBF as well.

The 29-year-old has been working closely with Matchroom Boxing Boss Eddie Hearn, who admits "anything is possible" in his future plans for Miller.

With Joshua yet to make his US debut, Miller believes he would be an ideal opponent at a venue in his home city.

"Hell yeah, most definitely," he said. "Even though I know AJ is scared of me even more than a ton of bricks, you know what time it is.

"That would be an awesome opportunity to break his face on American TV."

Alexander Povetkin is also pushing for a world title fight after becoming the WBA's mandatory challenger following a December win over Christian Hammer, but Miller believes he should be next in line.

"It's my turn now," he said. "I've been more active than he has, fighting more top contenders than he has, so I don't see why he should skip me."