The Liverpudlian is fully aware of speculation that the last super-middleweight fight will be staged in the city of Jeddah, which had originally been named as a location for the cruiserweight final between Oleksandr Usyk and Murat Gassiev.

Tournament organisers Comosa AG have confirmed the fight will take place in September, although they have indicated it is unlikely to be held in the UK. 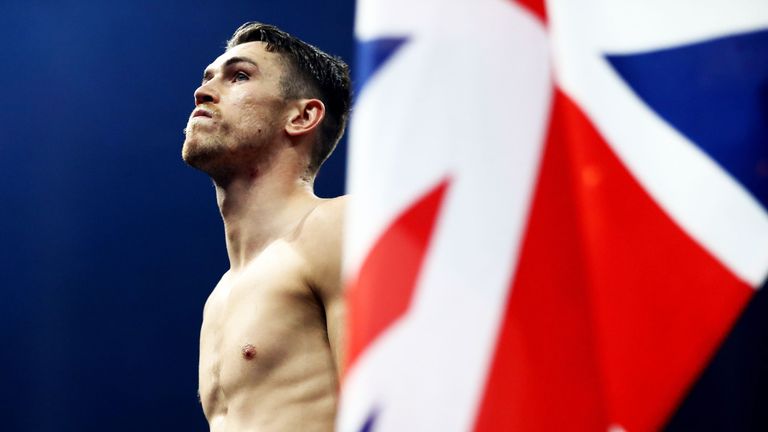 It's their decision. I've got to just abide by it and just do my part in the ring, which is the most important thing.

"I've enjoyed it so far, so I can't really knock their choices," Smith told Sky Sports.

"If it is Saudia Arabia, any disadvantage - George Groves is in the exact same position. We've both got to travel the same distance. We both have to acclimatise, so it's still a level playing field, even though I'm having to travel, so I can't complain.

"It's not ideal. I was thinking originally it would be London, maybe Manchester, I was lucky. It is a bit outside the box, but it is what it is. It's their decision. I've got to just abide by it and just do my part in the ring, which is the most important thing."

Victory over Groves would be rewarded with the WBA 'super' belt and the inaugural Muhammad Ali Trophy, but Smith admits he also wants to stake his claim as the No 1 in his division.

"I turned pro to be a world champion," said Smith. "Obviously that's the first goal, but I want to be the best in the world.

"It sounds silly, but there's a difference. You can be world champion, but ranked No 6 in the world, with there being four champions.

"But I want to be the no 1, and I think beating George Groves does that, or if not, puts me up there. Then I can go on and try and beat the other champions and cement that position.

"No 1 in the world is the ultimate goal for me. A win over George Groves puts me there or thereabouts."