Joe Joyce and new trainer Abel Sanchez have explained their plan to turn him into the world heavyweight champion.

"Abel is the perfect trainer for my come-forward style," said London's Joyce after confirming their link-up via social media on Tuesday. 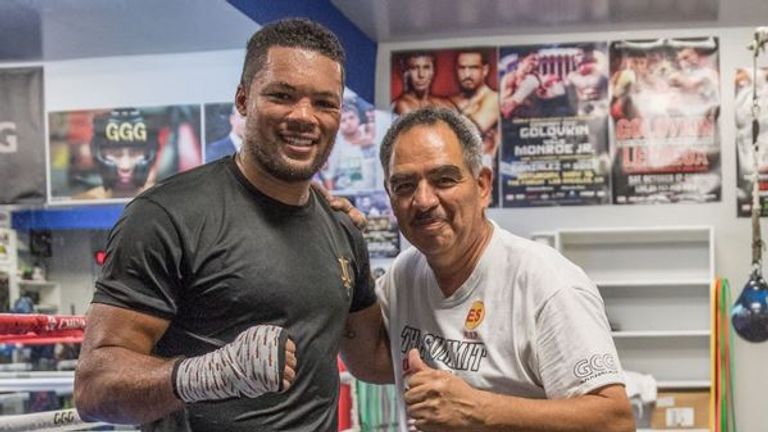 He has won 18 world titles as a trainer with most recently Murat Gassiev and of course GGG, who I am proud to train alongside!

"He has won 18 world titles as a trainer with most recently Murat Gassiev and of course GGG, who I am proud to train alongside!

"Just training alongside him is bringing me on everyday as he pushes me to do better.

"I am excited for this new chapter in my life and I am confident with Abel in my corner.

"I will become world champion in the near future. The Summit Gym is now my new home."

The belts targeted by Joyce belong to Anthony Joshua, whose IBF, WBA and WBO gold will be on the line against Alexander Povetkin on September 22, live on Sky Sports Box Office. Deontay Wilder holds the WBC version.

Painting a picture of Joe Joyce

His passion is Picasso yet Joe Joyce is doing even more damage to people's faces...

Heavyweight Joyce is 5-0 as a pro but is already the Commonwealth champion after stopping Lenroy Thomas.

"Looking forward to my first heavyweight champion Joe Joyce," Sanchez said. "He comes to me with great credentials.

"Now it's up to me to make him the elite professional heavyweight champion I know he can be."

Joyce had been trained by Cuba's Ismael Salas, based in London in David Haye's gym.