Kell Brook could snatch a super fight with Manny Pacquiao away from Amir Khan after expressing a willingness to return to the welterweight division.

Khan is back in action against Samuel Vargas this Saturday in Birmingham, live on Sky Sports, and is keen to line up a fight with WBA champion Pacquiao.

But Brook's intention to rejoin the 147lb division could complicate these plans, with promoter Eddie Hearn admitting it is "wide open" for any of the trio to be involved in a stadium fight in early December.

"This is the fight where we find out what Khan has left," Hearn told Sky Sports. "But Khan has a decision to make, if he beats Vargas, probably within two weeks, do you want Brook?

"Brook has said to me, 'I want a big fight'. He was going to have a run-out at Wembley [on the Anthony Joshua-Alexander Povetkin bill], but he was just 'I want the big one'.

"I met with Pacquiao's people last week as well, and if Khan is too expensive for Pacquiao, because Pacquiao is very expensive, Pacquiao could fight Brook.

"But Brook is going to have to be at 147[lbs] to fight either of those two. He has to start now."

The Sheffield man marked his super-welterweight debut with a ruthless second-round stoppage victory over Sergey Rabchenko in March.

But with a lengthy training camp ahead of him, Hearn is confident that Brook can comfortably fight again in a weight class where he held the IBF title, setting up a potential showdown with Khan or Pacquiao. 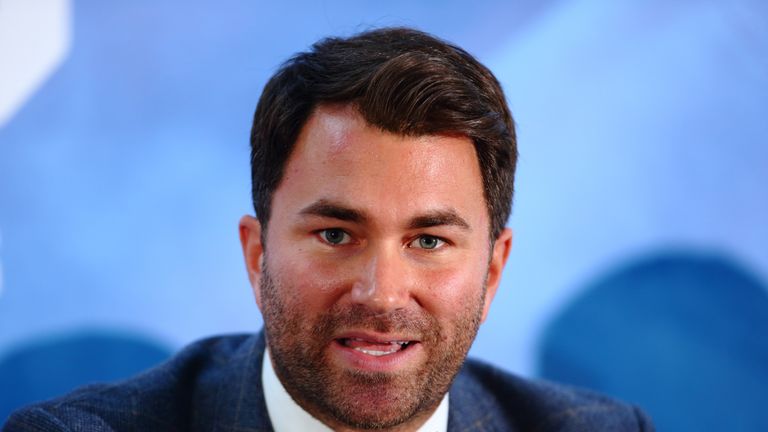 Is Brook about to gate crash the Pacquiao-Khan fight? It's wide open for anybody to fight anybody.

"He said 'who am I fighting?' I said 'it doesn't matter, you may fight either of those guys, but you need to get into the gym now'.

"Could Brook steal the Pacquiao fight, and Amir is left with nothing? Is Brook about to gate crash the Pacquiao-Khan fight? It's wide open for anybody to fight anybody."