Usyk vs Bellew: Anthony Crolla driven by the fear of losing ahead of Manchester ring return 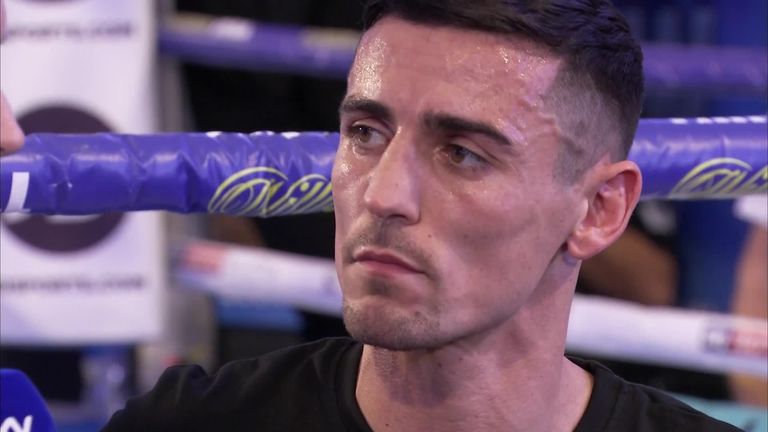 Anthony Crolla is treating his clash with Daud Yordan like a world title fight, admitting the fear of losing will bring out the best of him in Manchester.

The former WBA champion faces the Indonesian fighter in a WBA final eliminator on the undercard to Tony Bellew's clash with undisputed cruiserweight champion Oleksandr Usyk at the Manchester Arena, live on Sky Sports Box Office.

Once the bell goes, everything is put aside and we go to war.

A massive fight with current Vasyl Lomachenko could await the winner while a loss would be big setback for either man and Crolla is determined to make sure he has his hand raised at the final bell.

"I'm fighting a very good fighter on Saturday," Crolla told Sky Sports at Wednesday's public workout. "This is every bit as hard as a world title fight.

"Our styles will gel well. I expect fireworks and I am ready for war. Once the bell goes, everything is put aside and we go to war.

"I train for every fight as if it is a world title, it gives me that extra edge knowing if I don't turn up it won't be enough.

"I need that fear, it drags out that extra few percent in me.

"Honestly, I have had the best camp ever, I am fitter, faster and stronger than ever. I want to steal the show and am expecting 12 hard rounds, but I'm convinced it will be a Crolla win."

Watch Crolla vs Yordan in a WBA final eliminator on the undercard for Usyk vs Bellew, at Manchester Arena, on November 10, live on Sky Sports Box Office, from 6pm. Book it online here.