Whyte vs Chisora 2: Dillian Whyte laughs off 'weird' threat from Derek Chisora on The Gloves Are Off

Whyte vs Chisora 2: The Gloves Are Off is available On Demand now 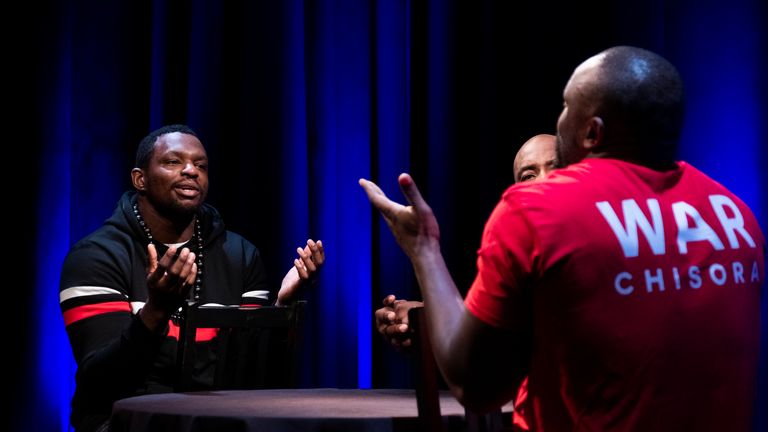 Watch The Gloves Are Off heavyweight return On Demand

Dillian Whyte laughed off a "weird" threat from Derek Chisora after his British rival vowed to "go through" him like a laxative in next month's rematch.

The heavyweights were reunited for another filming of 'The Gloves Are Off' ahead of their second fight at The O2 on December 22, live on Sky Sports Box Office, and there was a heated dispute as they departed the studio.

Book the rematch between Whyte and Chisora here

Chisora had earlier given a crude description of how he would avenge his 2016 split decision defeat in Manchester, insisting he withstood Whyte's best punches in their first fight.

I'm going to go through this man.

"If you've ever taken those laxative pills," said Chisora. "You know the ones you take, you wait for 20 minutes, and then you go to the toilet, they go through you.

"I'm going to go through this man."

I'm just going to ride the donkey until his back legs give out again.

Whyte replied: "That's a bit of a weird analogy."

The Brixton man then risked an explosive reaction from Chisora as he again branded him a 'donkey', an insult which had sparked furious scenes in their first edition of 'The Gloves Are Off.' 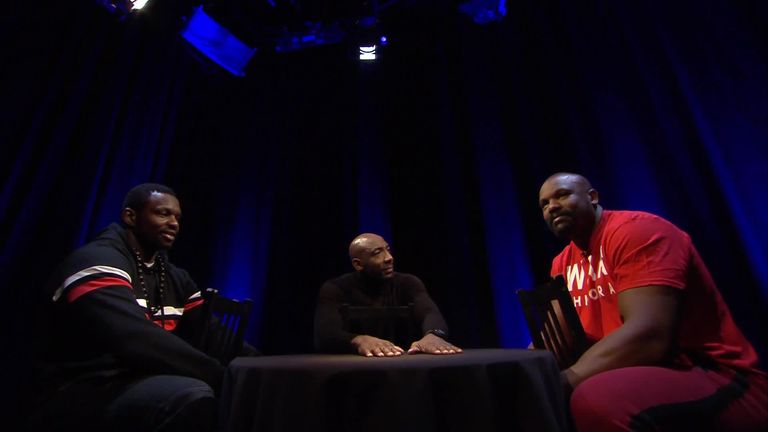 Dillian Whyte and Derek Chisora's are at it again on The Gloves Are Off. Catch it now On Demand

"I'm just going to ride the donkey until his back legs give out again," said Whyte.

"Last time, his legs almost gave out, I just need to give him a couple more smacks."