WBC heavyweight champion Wilder has received approval from the governing body to offer an immediate rematch to Fury following their split decision draw in Los Angeles.

But Matchroom Boxing boss Hearn remains eager to stage a fight between unified title holder Joshua and Wilder at Wembley Stadium on April 13.

Asked if the WBC ruling ended plans for Joshua-Wilder, Hearn told Sky Sports: "No, I think the wording was everything in that one, sanctioned not ordered.

"I think what they're saying is they would approve the rematch.

"Dominic Breazeale is the mandatory, who is supposed to fight the winner, so what they're saying is that they would allow the rematch. 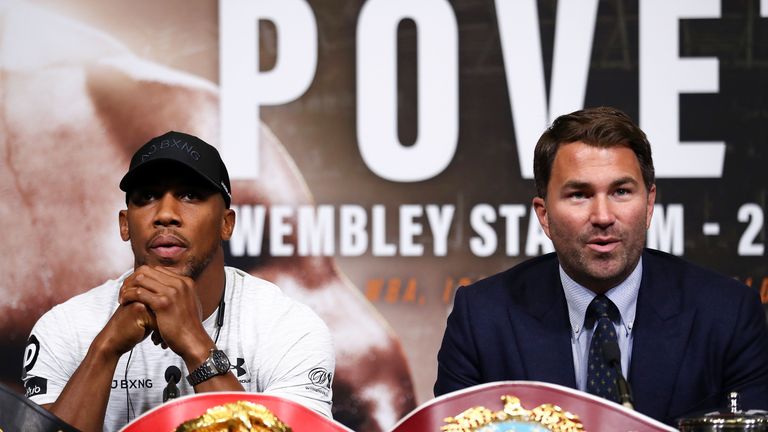 "As far as I see, they haven't ordered it. We'll see. I don't think it really changes much. If Wilder wants to fight Fury, he'll fight Fury.

Joshua has voiced his desire to face Wilder or Fury, although Dillian Whyte could also be considered as an opponent if he wins his rematch with Derek Chisora on December 22, live on Sky Sports Box Office.

But Hearn is keeping his options open, refusing to go into direct details about his negotiations for Joshua's next fight.

"Last time, we were all talking too much. We've made a decision that there will be no talk on this one."