Joseph Parker is ready to get "rough and tough" after the loss to Dillian Whyte as his hopes of a rematch will be forgotten if he cannot defeat Alexander Flores.

The New Zealander was floored for the first time in his professional career as he suffered a brutal points defeat to Whyte in July, but the 26-year-old can end the year with a victory when he faces Flores in Christchurch on Saturday.

Parker had previously boosted his popularity on trips to Britain with his respectful approach to the sport, but the former WBO champion admits he needs to regain his ruthless instincts inside the ring following back-to-back losses to Anthony Joshua and Whyte.

"Listen, it's good to be the nice guy, but nice guys don't always get the job done," Parker told Sky Sports.

"It's time to maybe change my demeanour going into fights." 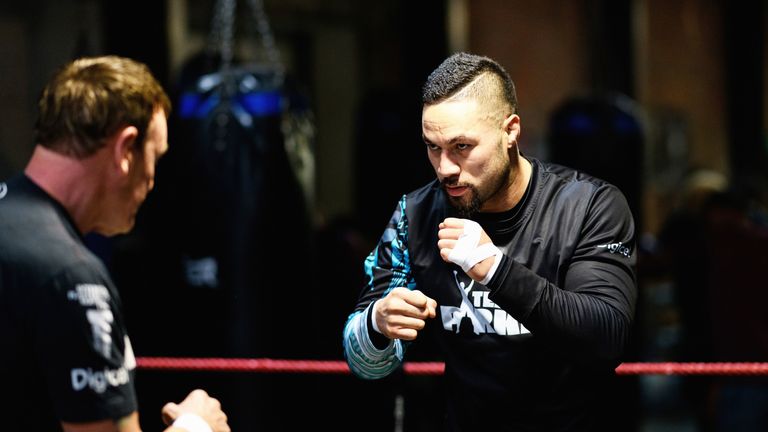 Having gone the distance in his last five fights, Parker has suggested there will be more spite in his combinations as he attempts to deliver an explosive victory to enhance his reputation.

"The goal for me is to just go in there and execute the plan to the best of my ability, and I think if I execute it well, and I'm showing what we're showing in the ring, then things will turn out well. Just let it happen.

"The goal for me is to follow the plan that my coach has in place, and I think that it's a good plan. Follow that well, hopefully the knockout does come. Listen everyone wants to get a knockout, because if you knock someone out in a fight, not only is it an earlier night, but it's impressive."

Parker remains keen to share the ring with Whyte again and will be watching with interest when his former opponent renews his rivalry with Chisora in their rematch on December 22, live on Sky Sports Box Office.

"I'll definitely be tuning in to watch. I would love to be there, but I think we've already got some family plans," said Parker. "But I will definitely be watching. The first fight was a total war.

"They both thought they won the first fight, so they've got to be coming in with more drive, more motivation to put on a better performance and try and knock someone out."

Asked about a second fight with Whyte, Parker added: "I would love to. Listen, my hand is up for it. Hopefully he can take care of business and fight the fights that he wants, and then when he's ready, let's get it on."