Watch all the action on Sky Sports Box Office, on Saturday from 6pm.

Ryan Walsh and Reece Bellotti were both full of respect at Wednesday's public workout but are ready to put it all on the line to take home the British title on Saturday.

Having suffered the first defeat of his career earlier this year, 'Bomber' Bellotti challenges for the featherweight Lonsdale belt at the O2, live on Sky Sports Box Office, as he looks to fire himself back into the domestic mix.

Walsh, making his fifth defence, is equally determined to show his worth on the big stage. I'll get the best out of him, my style brings out the best in people.

"I have to win at all costs. I highly rate him [Bellotti], he's coming off the back of a loss which makes him more dangerous," the champion said.

"We're in this Mayweather-awe era which annoys me and has hinged my career badly. I took a risk against a very good fighter, lost, and everyone wants to forget about you because you didn't lose the right way.

"Reece has his opportunity and I know what it feels like. When I first lost my first British title, I came back hungrier and better than ever. I'll get the best out of him, my style brings out the best in people. I've been so avoided, but Saturday I finally have the stage and can show what I'm about, I've been a pro 10 years and only shown glimpses." 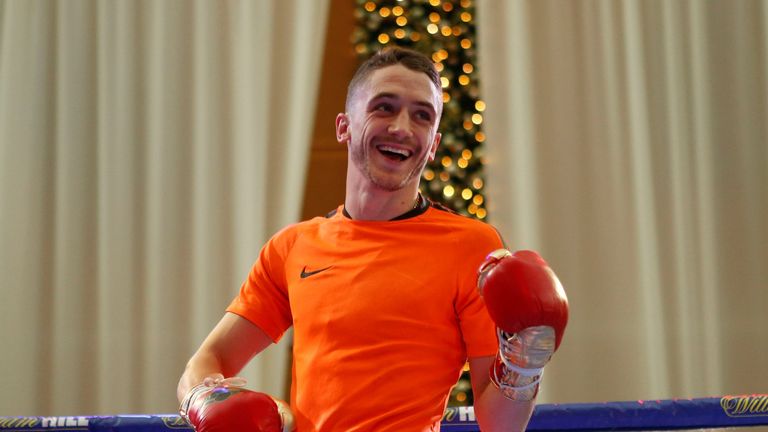 I just knew it wasn't me against [Ryan] Doyle, I want to prove to everyone that I'm better than what I was that night.

Watford's Bellotti was stopped inside five rounds by Ryan Doyle as he lost his Commonwealth title and unbeaten record in June, but is determined to show that was just an off-night.

"Ryan is a great champion, I'm expecting the toughest fight of my career. I just knew it wasn't me against Doyle so I wanted to prove to everyone that I'm better than what I was that night," Bellotti said.

"I want more titles and I love fighting so I had to come back. He's got a lot more in terms of experience and although the record suggests I have more power, that doesn't mean much to me.

"He's fought many different styles and I've watched him many times. I know I have to mix it up and do different things that hopefully he hasn't seen before."

Watch Ryan Walsh vs Reece Bellotti on the Whyte vs Chisora 2 undercard, from The O2, London, on Saturday, live on Sky Sports Box Office, from 6pm. Book it via your Sky remote or book it online here.