"I can throw a lot of punches and have a heart of 10 lions. I'm totally different." 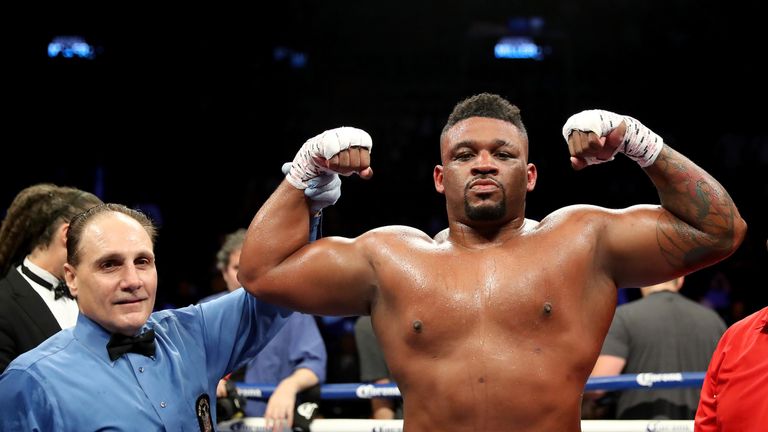 Jarrell Miller says Anthony Joshua has never fought anyone like him after the 300lb New Yorker was confirmed as the next challenger for Britain’s heavyweight star.

AJ's US Debut on Box Office

Joshua has comfortably overcome his previous 22 opponents, but Miller insists his formidable size, strength and refined skills will pose fresh problems to the undefeated 29-year-old.

"Of course not, never," said Miller, when asked if he could be compared to previous fights.

"I'm a guy that's actually bigger than him. AJ has an inch or so in height, that's about it, but activity and boxing IQ, good head movement and defence.

That's the main goal - run him over. I'm not playing no games with AJ.

"I can throw a lot of punches and have a heart of 10 lions. I'm totally different.

"That's the main goal - run him over. I'm not playing no games with AJ. There's no way to prepare for me. There's no right way for preparing for a person like me."

The Brooklyn-born fighter has drawn parallels between his fight with Joshua and Mike Tyson's destructive 1996 knockout win over Frank Bruno in Las Vegas.

"Like a Frank Bruno, he came in, he looked good, and got flattened," said Miller.

"If you want entertainment, you're going to get it, and this is a fight you need to see."