David Allen must "get serious" after his knockout win over Lucas Browne, if he is going to seize his opportunity on a big stage, says Sky Sports expert George Groves.

The Doncaster heavyweight produced a stunning victory over Browne, stopping the former WBA champion with a perfectly-placed body shot in the third round at The O2.

But Groves says Allen's victory in the main event should convince him to become even more dedicated, urging the popular 27-year-old to push his career to new heights.

"Boxing is a serious sport, I want fighters to take it seriously," Groves told Sky Sports.

"I think Allen, maybe it's down to self-belief that he doesn't take the game seriously. I hope now that he does, I hope that he gets a taste for it here today, because there's good fighters out there that work really hard and never have the opportunities that he's got. 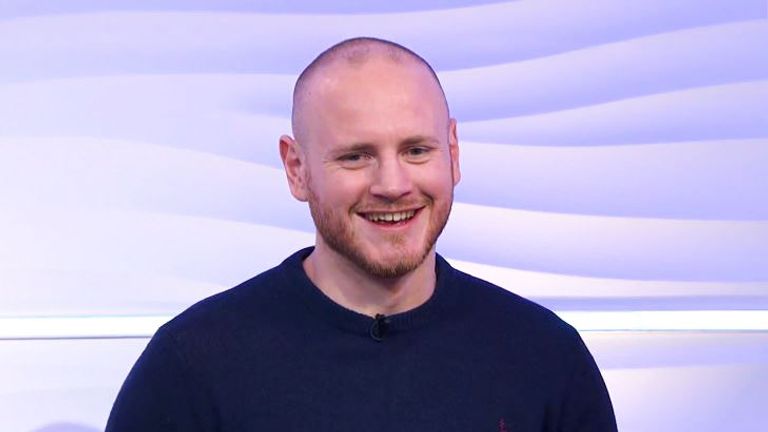 Let's get serious, let's see your full potential, because otherwise you're going to look back in years and go 'I blew it, I didn't get what I deserved out of it'.

"He's a heavyweight, he's fortunate, so he's going to get opportunities, but he's winning that's the main thing.

"But now if he steps up and improves from there, because you look at the undercard tonight, there was some real top prospects in there - Joe Cordina, in particular, looked fantastic. He believes he's going all the way, and he hasn't reached his ceiling. That's how I want fighters to be, that's how they are going to get the best out of themselves.

"He's done the job, he boxed great, I will take nothing away from him tonight, but this shouldn't be his highest moment. So far in his career, great, but now he's talking about it, 'what next?'. That's the most important thing, he should now be striving for something better, he should be striving to improve.

"Let's get serious, let's see your full potential, because otherwise you're going to look back in years and go, 'I blew it, I didn't get what I deserved out of it'. He's a fantastic story-teller, he's funny, he's engaging, that's why he's going to be popular. If he can fight as well, who knows what he can do."

Groves joined Carl Froch on the Sky Sports team and his former British rival believes Allen, with the guidance of ex-IBF champion Darren Barker, could be ready for a domestic fight with David Price.

Froch said: "This win tonight against Lucas Browne will take him to the next level, or the level as far as he can go, especially with Darren Barker in his corner, very experienced at world level himself.

"As far as he can go, I think he will go in the current team he's got, and yes there are fighters out there that maybe, as George said, deserve the chance to get their time to shine on the big stage. But some of the prospects we talked about tonight, Josh Kelly, Joe Cordina, they will have their time, and they are doing it the traditional way.

"Dave Allen's had his moment tonight, and he's not let anybody down, and now let's hope that he does go on from there, and I'm sure he will. The David Price fight, for me, that would be a good gauge, and something that everyone could get excited about."