Dominic Breazeale has vowed to knockout Deontay Wilder inside three rounds and set up a rematch with IBF, WBA and WBO heavyweight champion Anthony Joshua.

The Californian (20-1, 18 KOs) has won all three fights inside the distance since suffering his sole career defeat to Joshua when he was stopped in seven rounds at The O2 Arena three years ago. 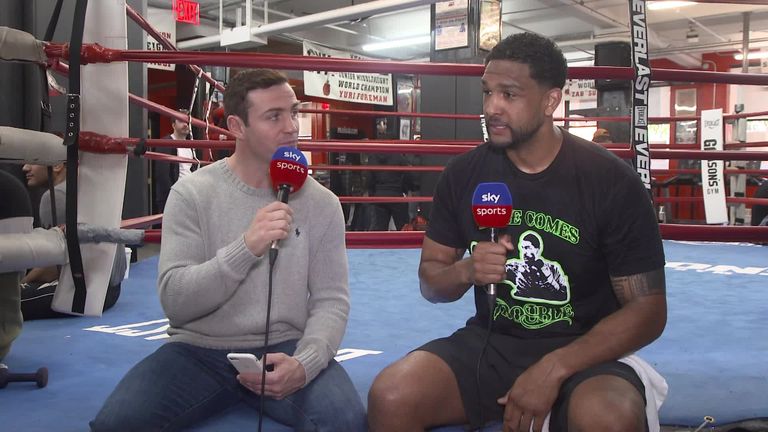 "AJ has no reason to come down to me and fight me. If I've got a belt that he wants, he's definitely going to fight me for it. So a unification and undisputed heavyweight championship belt is definitely on the horizon."

Breazeale claims there has been a massive change in many aspects of his ring skills since teaming up with Amir Khan's trainer Virgil Hunter.

"It's been night and day. I've made some adjustments in training camp, I've got a new trainer and I've moved camp to a new place.

"I've learned why I'm using my jab as opposed to just using it because I'm a big guy. How to place the right hand, how to throw speed on it, defensive tactics as well.

"For a student athlete like myself, I learned a ton and I can't wait to show it off on Saturday night.

"I'm glad I made the move to Virgil, he taught me a whole load of stuff. I got an understanding of why I'm still involved in boxing and why I've got a lot more to learn. I've probably been boxing for 10 years now and Virgil Hunter is going to be the man who gets me through the next 10 years.

"It's definitely going to end in a knockout, I can't tell you the round because I plan on doing different things in different rounds.

"My wife's favourite number is three, I told her I'm going to get him out of there before three but I'm definitely not let it go past three, so a third-round knockout is my prediction."