Haney produced a masterclass against Antonio Moran before delivering a sensational knockout at the MGM National Harbor in Maryland.

The highly-rated American lightweight, who is in the top 10 rankings of all four major organising bodies, dropped Moran in the fifth round before ending the fight with a huge overhand right in the seventh. 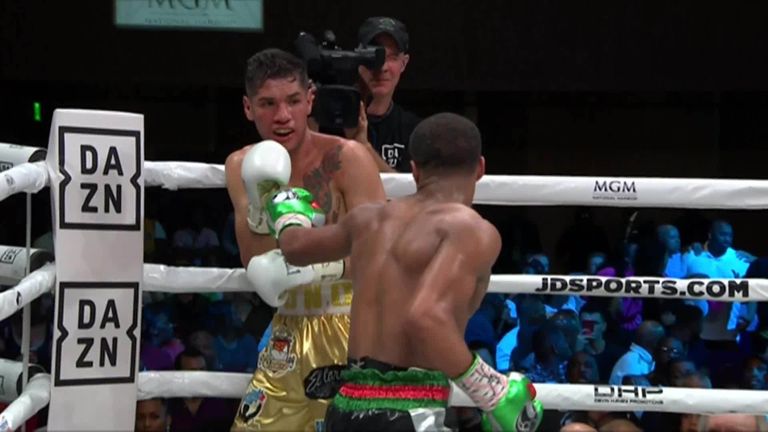 "Unbelievable," promoter Hearn said. "Where I come from in England, if we had a star like this, the country would be going mad. So you guys need to get behind Devin Haney because America has a superstar on their hands.

"He's 20-years-old, he's 22-0. They say he doesn't carry power, he's 20 and he's taking guys like that. That guy struggled against [Jose] Pedraza, WBO champion, went the distance with [Vasyl] Lomachenko.

"This is a true, true talent who has skill. That was like watching an artist draw a beautiful picture and then at the end, just sign his name off and say good night."

Hearn is in no doubt that Las Vegas fighter Haney, who made his debut on Sky Sports, is a world champion in the making.

"We're going to enjoy watching him go all the way to the top, winning world titles in different divisions," he added. "You're right about fast-track, it's just what pace do we go at now?

"But when you deal with people like that, you take the next stop. The WBC have ordered him to fight [Zaur] Abdullaev in a final eliminator to fight the winner of Lomachenko-[Luke] Cambell, he wants to fight them all.

"Teofimo Lopez, another guy called Gervonta Davis, Ryan Garcia, these are the super fights that Devin Haney will be in, in the next few years."