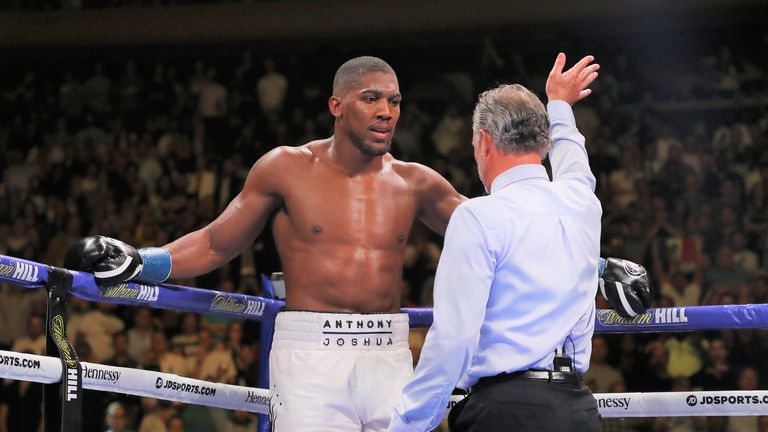 Anthony Joshua is considering options for the Andy Ruiz Jr rematch, including a return to New York, says Eddie Hearn

Anthony Joshua will finalise a rematch with Andy Ruiz Jr next week, which could mean a swift return to Madison Square Garden, says promoter Eddie Hearn.

Joshua's world heavyweight title reign and unbeaten record were ended by a stunning defeat to Ruiz Jr in New York earlier this month and Hearn has activated a clause to enforce an immediate second fight.

The British star's team are considering a number of British venues, including Wembley Stadium for a date in November or December, but the Matchroom Boxing boss has confirmed that Joshua is still open to the idea of staging the return bout at the scene of his first defeat. 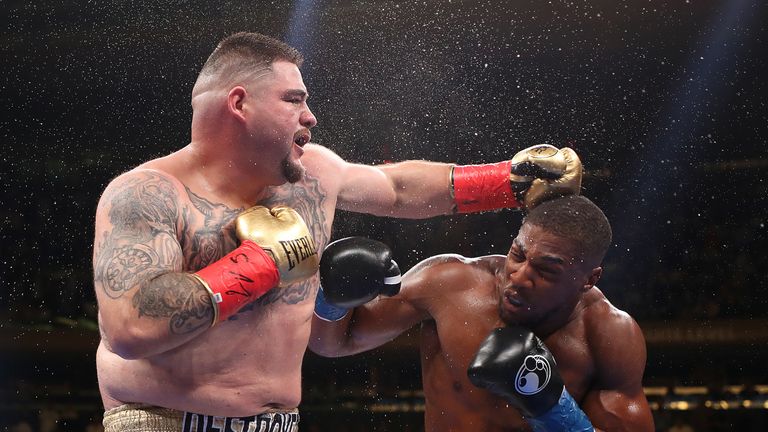 "The job over the next week is just to finalise the details now of just where and when that will be," Hearn told Sky Sports News.

"I can't tell you too much, just because I don't know other than, between November 16 and December 14 will be the date of the fight. We've had offers from five different countries to stage the fight. For me, it's a straight decision between the UK or America.

Anthony feels as though it would be special to rewrite history and get the win at Madison Square Garden.

"In the UK, we're talking to Cardiff, to Wembley, to Tottenham and in America, we've had a couple of approaches, but our preference is Madison Square Garden.

"A sensible man would say 'Do it in the UK'.

"Anthony feels as though it would be special to rewrite history and get the win at Madison Square Garden. It's really not about the money so much, it's just about where we believe this fight should take place and those decisions will be made in the next week."

Hearn had revealed how Joshua voiced his desire to fight again at the famous venue in a bid to restore his reputation in America.

But the 29-year-old would receive huge home support at stadiums where he has produced emphatic wins in the past, and Joshua is weighing up his next career move.

"He's going to make the decision at the end of the day, wherever he wants the fight is where it's going to be," said Hearn. "Right now, there's definitely an element of 'I feel like I should do it there'.

"We've seen him in great performances in Wembley and in Cardiff and it would be a special night to do it there, 80,000, 90,000 - it's the biggest fight in boxing in the moment.

"But like I said, he will be the one who calls the final shots, and once we give him all the information, the dates, the possible venues, he'll make a decision.

"Right now, I couldn't tell you what that will be, but I would definitely say it will be between the UK and America."