Anthony Joshua has redemption - now he can strive for greatness

In the end, Andy Ruiz Jr’s reign as world heavyweight champion vanished as quickly as a mirage in the desert – seemingly it was there, but only for a brief moment in time, and it scarcely reflected reality.

There is a geological wonder in the remoteness of Saudi Arabia called The Edge of the World, a sheer drop atop a mighty rock formation. It's not far from where Joshua ventured to for his glorious revival on Saturday night but, had it all gone wrong as many predicted it would, Joshua's career would have been staring into an abyss more hopeless than anything Mother Nature could create.

And amid the talk of "who next" or "where next" for Joshua it is worth remembering the true stakes of his rematch with Andy Ruiz Jr, the man who brought his mammoth frame tumbling down six months ago in their first fight. Joshua was soundly beaten on that occasion by a short-notice replacement who now admits to being overweight - it was humiliating, to be frank, irrespective of the sporting drama and opting to go through the whole thing again took major bravery.

Not bravery to step in the ring and exchange punches, but bravery to confront his worst and most embarrassing episode without the benefit of much time to compartmentalise what the hell happened. 'Governor of the division!'

Sky Sports wrote on that disastrous night in New York that the immediate omens were good because Joshua smiled through gritted teeth, offered respect to the unfancied Ruiz Jr and refused to make excuses despite the conspiracy theories being thrown his way. It was in these moments immediately after the first fight, then in the quiet and reflective days afterwards spent in a New York apartment and strolling through Central Park with his own thoughts, that the seeds were sewn to win Saturday night's rematch.

These are the times that we don't see. But it's what solidifies a boxing champion, the automatic reaction to major milestones. Ruiz Jr, by contrast, has now said: "I don't want to say that three months of partying affected me but, to tell the truth, it did."

But while Ruiz Jr was at his favourite Mexican restaurant, Joshua was soul-searching with his inner-circle. What followed, and culminated during a downpour of rain in the Arabian desert, was a masterclass in evolution.

Joshua's faith in trainer Rob McCracken was unwavering yet both men were brave enough to add two new pad-men, Angel Fernandez and Joby Clayton, who helped to fine-tune him. He dropped 10lbs of weight and weighed in at his lowest ever for a world title fight, a drastic change from the muscle-bound champion who fought, for example, Carlos Takam.

Achieving all of this six months after looking up from the canvas in desperation, with Ruiz Jr wildly celebrating a few feet away, is a remarkable feat from Joshua and his team which goes against every lesson that boxing history teaches - the immediate rematch, we are told, goes the same way as the first fight. Not this time. 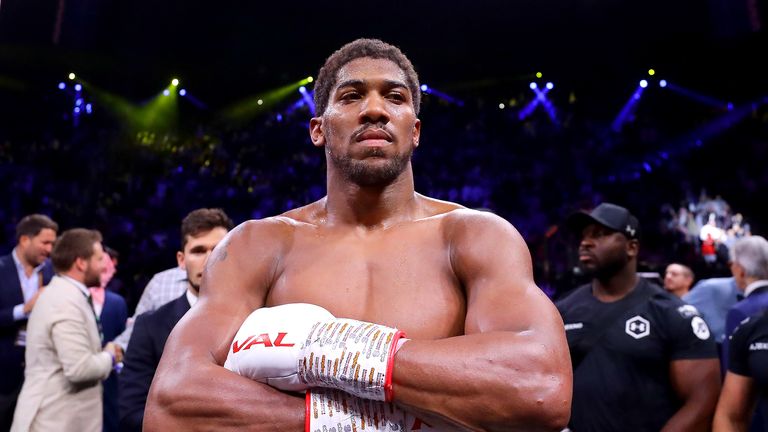 Rob McCracken: 'We saw the best of AJ'

This was also the performance that Joshua has aspired towards since becoming close with Wladimir Klitschko, the long-serving champion who he admired from afar before defeating inside the ring. Klitschko lost three early fights by surprise stoppage, his early promise as an Olympic gold medallist written off when he tumbled. The comparisons were obvious. Klitschko reinvented himself completely and dominated for the next decade.

Joshua revealed that he was in contact with the great Ukrainian, not seeking technical advice but picking his brain for how to mentally approach these mega occasions. It worked, and Joshua has the perfect ally to call upon as he moves forwards.

So what would Deontay Wilder and Tyson Fury make of his rematch redemption?

No doubt Wilder would criticise the lack of a knockout, Fury would pick holes in Joshua's defence. But it doesn't matter for today, the past six months have been solely about one result against one opponent. Wilder and Fury expect to meet for the WBC gold in February by which time Joshua will be seriously mulling his next move - the dream collision courses are back on track and, when they happen, Joshua will be more ready than ever.