"He wouldn't be there to do that in the seventh round. I would go in to knock him out."

Anthony Joshua has revealed how he would target a ruthless early knockout win over Deontay Wilder if they finally meet in an undisputed world title fight in 2020.

The rival heavyweight champions hold all four titles between them, with Joshua regaining his WBA 'Super', IBF and WBO belts in a rematch win over Andy Ruiz Jr, while Wilder defended his WBC strap with a seventh-round knockout win over Luis Ortiz.

Joshua produced a masterful display of back-foot boxing to defeat Ruiz Jr on points in Saudi Arabia, but insists he would employ a far more aggressive style to prevent Wilder from finding the range for his destructive right hand.

Analysing Wilder's win over Ortiz, Joshua told Sky Sports: "He wouldn't be there to do that in the seventh round. I would go in to knock him out. It's heavyweight against heavyweight, champion against champion. 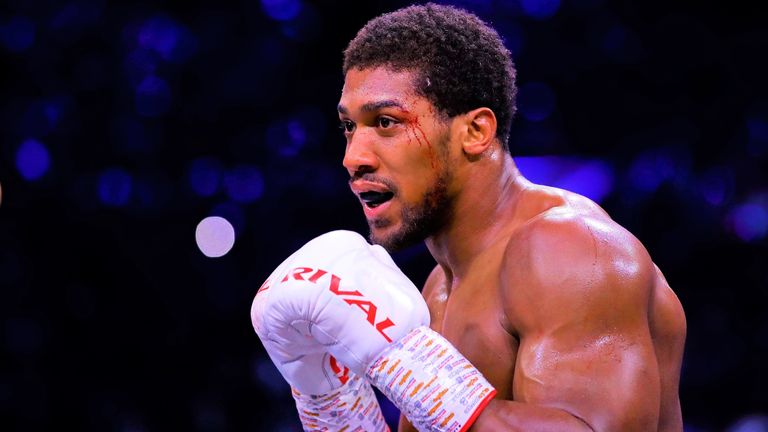 I've got to go in there and take him out.

"This is a serious fight, so I ain't going to go in there to try and outbox him for 12 rounds, because of his punching power as well. I've got to go in there and take him out. Don't let him get too comfortable in the ring with me."

Wilder has enhanced his reputation as 'The Bronze Bomber' in 2019, blasting aside Dominic Breazeale within a round earlier in the year, although Joshua insists he can defuse the heavy-handed American.

"Nah, not scary, but I know it's there," said Joshua, when asked about the threat of Wilder.

"There are certain punches. Some are like concussive, some are stinging and some are like punches where they knock you out with one punch and you're out for the count.

As the year draws to a close we take a look at some of the best knockouts that we've seen on Sky Sports in 2019.

Is this Deontay Wilder knockout your favourite? 🤔👇 pic.twitter.com/vhnNDO7OL7

"Wilder possesses that kind of power. It's about eliminating that power and just studying how to deal with it really."

Joshua is awaiting news on his next fight after being ordered to make title defences against Kubrat Pulev and Oleksandr Usyk, his IBF and WBO mandatory challengers.

Wilder, who confirmed his rematch with Tyson Fury in Las Vegas on February 22, has repeatedly called for 'one champion, one face, one name,' and Joshua remains willing to accept this challenge, if the Alabama man emerges victorious.

Joshua said: "We've done it, we've unified it, in the space of 20 odd fights. He's had 40 odd fights. How come he hasn't managed to unify the division yet?

"If he's looking for it, we're the ones to do it with, and we're not hard to find. We've got a great team behind us, so reach out.

"Even though there are two at the minute, I'll let the people decide who they think is the real heavyweight champion right now.

"I always say, we're in the same division, the same era, that fight has to happen.

"We just put on an amazing event. We're going to do another amazing event god willing in the new year. He can come and be part of history. We're trying to achieve big things in boxing and to add Wilder to my list would be an honour."