Oleksandr Usyk plans to fight before challenging Anthony Joshua because he does not want to wait until late-2020 to return to the ring.

It has now been confirmed that he wants to stay active by fighting before facing Joshua, the eccentric Ukrainian's manager Egis Klimas told Sky Sports. 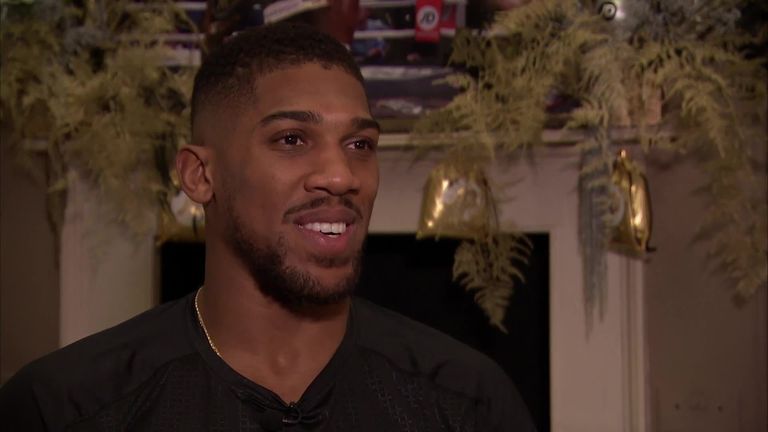 Joshua says a fight against Usyk is 'no problem'

The possibility of the WBO belt becoming vacant if Joshua's opts to face IBF mandatory challenger Pulev has not come to fruition yet, so Usyk would be risking his opportunity at the gold in a non-title fight.

Usyk's confirmation that he will not wait for Joshua will be a boost to Parker, who expected him to safeguard his world title shot by sitting out for the next few months.

Parker's trainer Kevin Barry told Sky Sports earlier this week: "I honestly believe what we're going to see is Usyk [choosing to wait] and he will fight Joshua in the summer, providing Joshua blows out Pulev, which he should look spectacular doing.

That could open the door to Chisora, who has been chasing Usyk since beating David Price in November.

Chisora criticised Usyk's unorthodox training by saying: "Forget the juggling balls and dancing. Nobody wants to see a dancing show."

Joshua has labelled Fury a 'waffler'

First, Joshua has until January 31 to negotiate a defence of his IBF, WBA and WBO belts against Pulev, the 38-year-old Bulgarian whose only loss in 29 fights came against Wladimir Klitschko.

Joshua could disrupt every top heavyweight's plans by agreeing an undisputed title fight against Deontay Wilder, who must first come through his rematch with Tyson Fury on February 22.

"We've had meetings," Joshua said about facing Wilder. "That same meeting with Usyk's manager, afterwards we had another meeting to potentially put an offer in to solidify [a fight with Wilder] before they have even had their fight, and before I have my next fight.

"Everyone wants Wilder to win because [a fight with me] is what everyone wants to see. Wilder has a great right hand, I have a great left hand. It is a great boxing match.

"We had a meeting about that. It has great potential. I heard [Wilder and Fury] have a third fight lined up towards the end of the year but we have to throw a curveball in there.

"Something that gets Wilder's attention providing he wins so that he thinks to himself: 'Even though I have a rematch clause, I'll see how I can manipulate my contract, get out of it, and fight for the undisputed championship'."

Any unification fight between champions would be prioritised by the governing bodies above a mandatory defence.