"I don't think they ever really wanted me anyway. They were just covering their own backs" 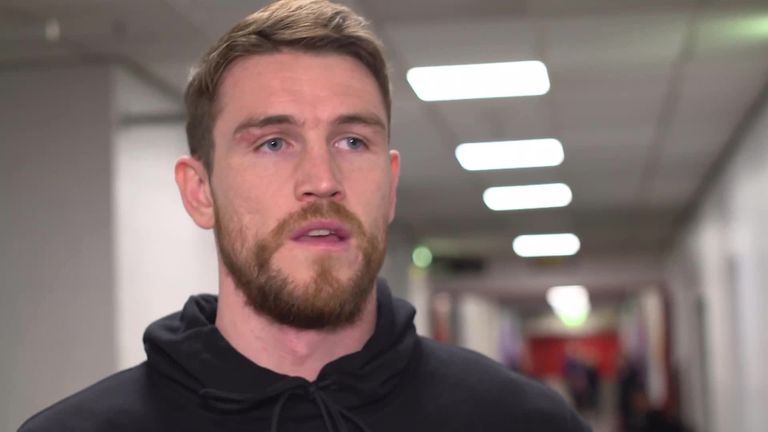 Callum Smith claims that Saul 'Canelo' Alvarez never genuinely wanted to fight him after the swift breakdown in talks that led the Mexican to Billy Joe Saunders instead.

WBA and WBO super-middleweight champions Smith and Saunders respectively were the frontrunners for one of the most lucrative and exciting positions in boxing, as the opponent to face Canelo on Cinco de Mayo weekend in Las Vegas.

Saunders is set to win the race to defend his belt on May 2 against Canelo, who is aiming to strengthen his grip on a fourth weight division.

Smith told Sky Sports: "They made me an offer which I believe was too low. I said no. Billy Joe said no to the same offer.

"I thought we'd start negotiating and we'd have some back-and-forth. But that was it. He made one offer then went to social media saying that I didn't want the fight.

"Good luck to Billy Joe, I hope he goes out and does it.

"But I don't think they ever really wanted me anyway. They were just covering their own backs.

"They made one offer, it was the first and last I heard. They have been negotiating with Billy Joe for the past few weeks. I don't believe it was close to being done.

"I'm disappointed. It wasn't a fight I ever believed that I'd get but, to get an official offer, you start thinking of ways to beat him.

"It was a fight I wanted but good luck to Billy Joe.

"We're both world champions but I'm No 1 in the divisions. Billy Joe is a good fighter who has paid his dues.

"I believe that I'm the tougher fight for Canelo but we're both world champions, so we're both tough for him."

Smith, who beat John Ryder last time out, must now look elsewhere for a major fight in 2020.

"I'm in a good division in a good position as world champion and undefeated," he said.

Liam Smith told Sky Sports about his wish to fight Kell Brook: "It's no secret that I've tried my best to make that fight. My management are trying to push [promoter Eddie Hearn].

"I turned up at his fight making it known that I wanted to fight him. Kell seems to be going every way apart from [towards] me.

"What he says about Amir Khan is what he's doing with me. I know he's not scared to fight me. But he's scared of losing to me, definitely.

"He would prefer to fight Terence Crawford which I don't think he will get."