"I cannot see how we can stage a fight behind closed doors with no crowd."

Britain's heavyweight star is preparing to face Pulev at Tottenham Hotspur Stadium on June 20, live on Sky Sports Box Office, but the global spread of coronavirus has already forced European football matches to be played without a crowd this week and seen Six Nations rugby matches postponed.

Matchroom Boxing boss Hearn remains hopeful that boxing events will go ahead as planned in the coming months, although he accepts that the government will ultimately make the decision on crowd safety. 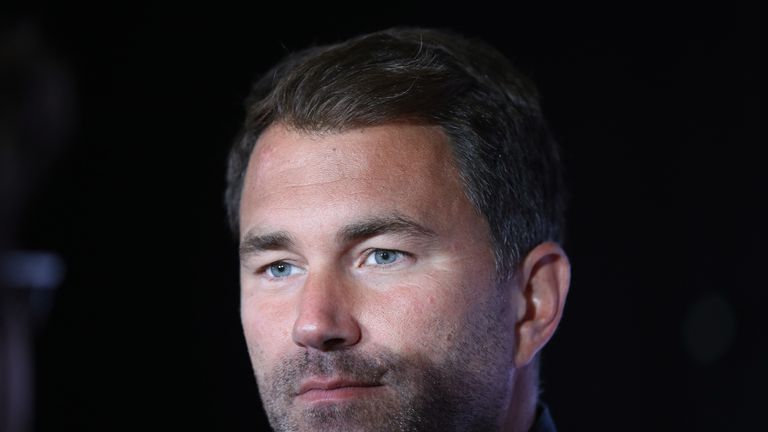 "We've got quite a busy schedule coming up, so we hope that it can be contained and business as usual," Hearn told Sky Sports.

"For me, boxing is unique in many ways, particularly in terms of the role that the fans play in making a fighter peak in a very important moment in their career.

"I cannot see how we can stage a fight behind closed doors with no crowd. Can you imagine Anthony Joshua walking to fight Kubrat Pulev in front of you and me and Adam Smith? It's just not going to happen.

"Could you imagine Derek Chisora fighting Oleksandr Usyk behind closed doors and laying him out with a punch from the gods and standing on the turn buckle to see no-one? The crowd are so integral to the dramatic aspect of the sport of boxing, and in terms of being a TV product.

"This is a sport where it could really impact the livelihood of the athletes and talent. Everybody's hands are tied by government decisions that of course are there to act in the best interests of the country and the British public.

"What will be, will be. Right now, business as normal and we go ahead with an incredible schedule that we hope will go ahead in full."