"If they come back to me and say, 'look, I think we can get him to step aside,' let's talk, and let's try and make it happen." 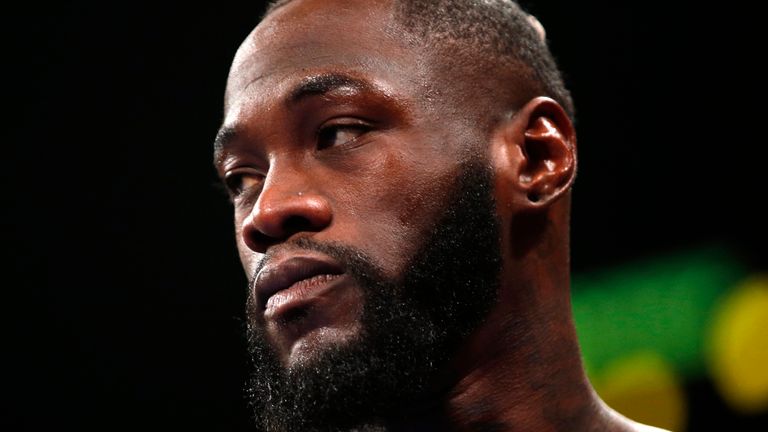 Eddie Hearn says if Anthony Joshua is only going to fight once this year he would very much like it to be against Tyson Fury.

Anthony Joshua would be "extremely interested" in a Tyson Fury fight, if a "step aside" deal can be reached with Deontay Wilder to allow an undisputed fight to happen, says promoter Eddie Hearn.

Joshua's scheduled world title defence against Kubrat Pulev on June 20 is likely to be pushed back due to the ongoing coronavirus pandemic, while Wilder has activated a clause for a third fight against Fury, which has already been delayed until an expected date in October.

But Matchroom Boxing boss Hearn believes the ongoing uncertainty about this year's fight schedule might prompt Fury's promoters to strike an agreement with Wilder's team that would clear the way for discussions about a blockbuster battle between Britain's world champions.

Anthony Joshua would be extremely interested in moving straight into the Tyson Fury fight. I think in an ideal world, we have that fight next. 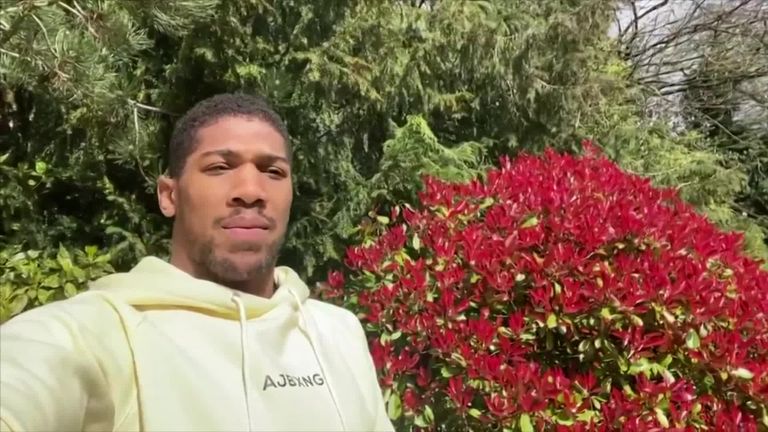 Joshua had a message for people affected by, or fighting coronavirus pandemic

Hearn told Sky Sports: "The one positive that could come out of this for boxing is you might find people jumping into bigger fights sooner, rather than later, because of course, their activity has been slowed. Their financial gain has been slowed as well, and it probably makes them realise anything can happen - 'we need to make sure we get this fight in and I need to define my legacy.'

"I think when you look at AJ, I think very much it's a thought that's crossed my mind. We've got June 20 as a pencilled date for Anthony Joshua. We will make a statement potentially this week, or maybe early next week, that's likely to be delayed. I think that's pretty straightforward and obvious. Hopefully until the end of July.

"But if it starts kicking on beyond that, then you get to a situation where if Joshua is only going to box once this year, he would very much like that to be against Tyson Fury. The situation is a little bit out of our hands in that, if Bob Arum and Al Haymon can talk and make Deontay Wilder wait a little bit, we would absolutely love to go into that fight next." 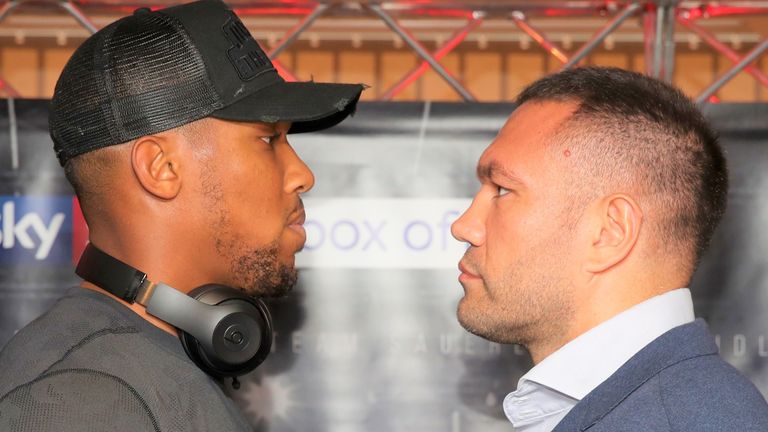 Joshua vs Pulev in June is likely to be pushed back
Twitter Due to your consent preferences, you’re not able to view this. Open Privacy Options

Britain's unified champion is obligated to make an IBF mandatory title defence against Pulev, but the Bulgarian challenger's career is guided by Top Rank boss Bob Arum, the co-promoter for Fury.

Hearn is optimistic that Arum could delay the Pulev title defence, in favour of a massive clash with Fury, although Wilder could have the final say on whether the undisputed fight goes ahead.

"I think a lot of it depends on Deontay Wilder," he said. "If he's willing to take that step-aside money. That's a conversation to be had with Bob Arum and Al Haymon to see if that's even possible.

"If it was possible and there was a way to make Kubrat Pulev wait, which I think is probably an easier job, then for sure, I think Anthony Joshua would be extremely interested in moving straight into the Tyson Fury fight. I think in an ideal world, we have that fight next.

"It's always been the case, but if we can fight Kubrat Pulev in July, we'd love to fight Tyson Fury in November, December. At the same time, I think there's so much uncertainty at the moment, this is the kind of situation that might make people say - 'I think now is the time.'

"Wouldn't it be great to bounce back to our sport with a fight like that secured, cemented. I can't tell you there's been conversations about it, but it's definitely something that I've thought about and if Mr Arum can come back to us and say, 'I've spoken to Deontay Wilder and yes, there is a deal to be done, or let them work that out, and let's talk.'

"I don't think it's a difficult fight to make, I really don't. People talk about meeting up. We don't need to meet up really. It's only a quick conversation between all the parties to try and get it done, but ultimately if Wilder won't step aside, there's no conversation to be had. I'll let them have that conversation. If they come back to me and say, 'look, I think we can get him to step aside,' let's talk, and let's try and make it happen."