"Not one thing to prove, but I box now because I love boxing and I've been doing it all my life. Why walk away when I'm still only young?" Tyson Fury has warned that he wants a dominant world title reign like Wladimir Klitschko - and intends to remain as the No 1 heavyweight until he retires.

Fury ended Klitschko's long spell as a unified champion with a points win in 2015, then became a two-time world title holder with a sensational stoppage win over Deontay Wilder in February of this year.

The unbeaten 31-year-old is no longer striving for recognition or financial reward after claiming every major belt in the division, but revealed how his mental health has benefited from his continued dedication to the sport.

Fury exclusively told Sky Sports: "I've achieved more than any active heavyweight alive today. No-one can come close to what I've achieved. I'm happy with where I am in my career and what I'm doing. If I never have another boxing fight, I'll be happy. I've completed the game.

"I've won every single belt in boxing. From the English title to becoming the undisputed heavyweight champ of the world. All done, all finished. Considered the best, done. If I don't box again, I'm happy, but if I do box again, then I continue to box. If we get past this thing, which hopefully we will, then we're going to keep boxing and just keep taking on contenders.

"Nothing to prove to anybody. Not one thing to prove at all, but I box now, because I love boxing and I've been doing it all my life. Why walk away when I'm still only young?

"Hopefully I box until I have a good sit down with all the team and we all decide it's time to walk away, while I'm on top, and then sail away into the sunset, and then who knows what will happen after that."

Promoter Eddie Hearn has admitted that he is eager to secure at least two British battles between Fury and current unified champion Anthony Joshua, with all the world titles at stake. 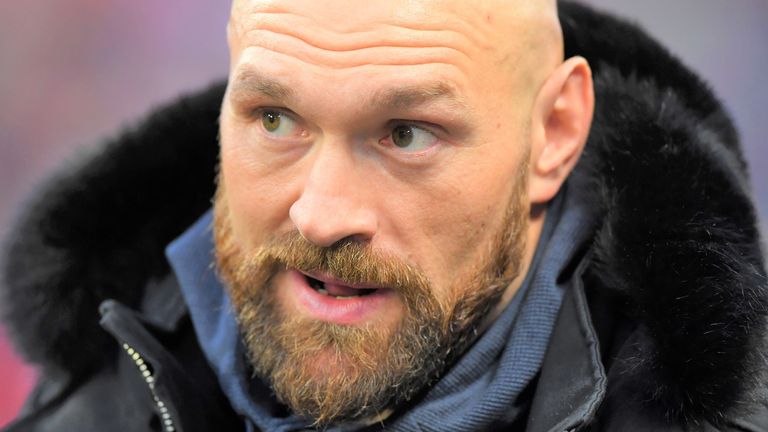 Fury believes his critics will keep writing him off and class him as the underdog for his next fight, whether he faces Anthony Joshua or Deontay Wilder

"It would probably be a two-fight deal," Hearn told Sky Sports. "Any deal between Fury and AJ, you run it twice.

"It is not a condition of the deal but it was in their deal with Deontay Wilder, and it is the biggest fight in boxing, so it is likely you will see that twice."

Fury's immediate priority is a contracted third fight with Wilder, with a date and venue to be confirmed, and the British star admits he is relishing the chance to further defy his doubters.

"They said I'd never do it, they said I would never have the dedication," said Fury. 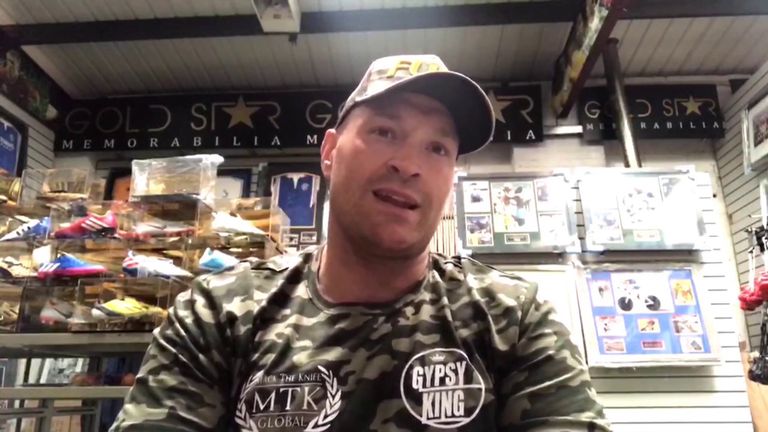 "Then they wrote me off because I had to fight the biggest puncher in the history of boxing after only two, petty comeback fights, but that didn't keep me down.