"We've got to have it in the UK, for British boxing. We need this in the UK, it's an absolute must."

Anthony Joshua's battle of Britain against Tyson Fury should rightfully be staged in front of a big audience in the UK, says Ricky Hatton.

Fury's promoter Frank Warren has suggested that talks are 'ongoing' for a massive fight against Joshua in 2021, with all the world heavyweight titles at stake.

The Brit rivals could be lured to America or even the Middle East by lucrative offers, but former world champion Hatton has urged Joshua and Fury to deliver an historic fight on home soil once the sport resumes.

"I don't see why it can't happen at Wembley," Hatton told The Boxing Show on Sky Sports News. "You need a big outdoor arena.

"The majority of money is made when you go boxing in the United States. The vast size of the United States, that tends to be where you earn your money, but a fight of this size, I think it needs to be in England. Two British heavyweights.

"Once we get the offer that we're supposed to be getting, we'll be in a position to sit around the table and knock it into shape. It's not about me or Matchroom. It's about getting this fight made." 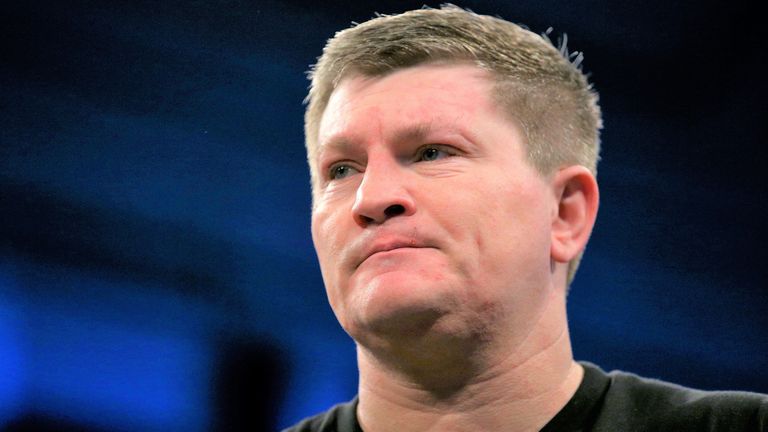 When they sit around the negotiating table, everyone has just got to be sensible. A lot of fights don't take place because of who has the lion's share

Hatton reached agreements for fights against superstars Floyd Mayweather and Manny Pacquiao during his career and is hopeful that Fury and Joshua can confirm their huge showdown.

"This fight, it can't not happen," said Hatton, who has been a member of Fury's training team in the past.

"It's got to go ahead, otherwise all of us will never forgive ourselves. Years ago, British boxing, you couldn't think of two British heavyweights. We have the two best in the division now and they've got to fight each other.

"When they sit around the negotiating table, everyone has just got to be sensible. A lot of fights don't take place because of who has the lion's share. We can't let this fight not happen, I feel."