Alen Babic has reignited his feud with Filip Hrgovic by accusing his Croatian rival of attempting to 'sabotage' their heavyweight grudge fight.

'The Savage' is hunting another knockout against Tom Little on Saturday's Conor Benn-Sebastian Formella bill, live on Sky Sports, but Babic admits he is driven by a desire to settle a heated dispute with Hrgovic.

Nisse Sauerland, Hrgovic's co-promoter, has suggested that he enquired about a possible fight with Babic.

"We were considering the fight," Sauerland told Sky Sports. "We did sort of put our feelers out for that fight as a potential tune up, but suddenly he's gone very quiet.

"We'll focus on the [Michael] Hunters of this world and the [Zhilei] Zhangs of this world, and whoever else comes our way that is world ranked. That's the aim."

But Babic has angrily questioned whether Hrgovic and his team genuinely want the fight, telling Sky Sports: "That's the first I am hearing of any interest in a fight from Hrgovic.

"No one has approached me or my management with any offers. If he wants it, he can have it.

"We are both from a small country and it could make thousands of kids take up boxing in Croatia, but he just sabotages it.

"He says he's the best in the world and stuff, but he's fought nobody. He's had a terrible professional career so far, when you look at his opponents.

"I always said Hrgovic is a good boxer, but he never showed me respect. I was his main sparring partner, working night shifts and then I go to spar with Hrgovic. He never said thank you. 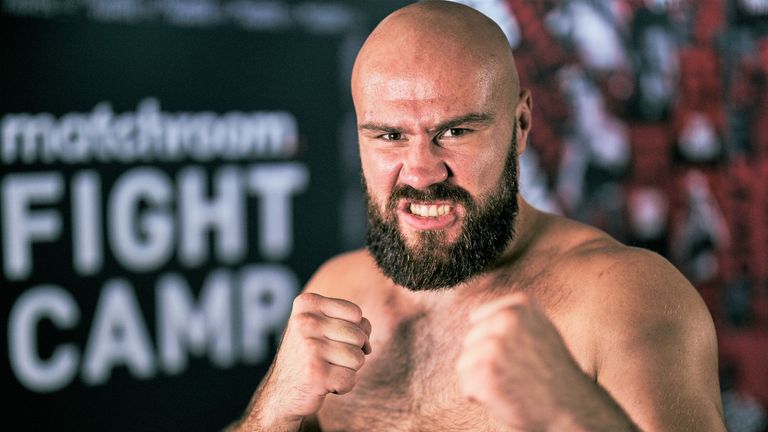 I will meet Hrgovic in the ring - and they do know that.

"They are bullies. They have a lot of money, and I don't have nothing, but I'm going to put everything into the ring. I will meet Hrgovic in the ring - and they do know that."

Sauerland has also revealed that Hrgovic expects Babic's unbeaten record to be ended by Little.

"Honestly, I've spoken to Filip about it. He doesn't really understand what Alen Babic's issues are with him, apart from trying to use his name to advertise himself and bring a rivalry," said Sauerland.

"Both Filip and I are tipping Tom Little. I've heard he's training very hard for this fight and if he gets a good training camp, I could see him causing Mr Savage a few issues."

"It's good, because he says Tom Little is going to cause me trouble, and when he doesn't then Filip can apologise," Babic responded.

"I want all of the fans to see him fall, because they are so stuck up and nobody likes them in Croatia.

"They just beat used up fighters. Hrgovic's opponents are just nobodies. After just five fights, I am much higher ranked than anyone he has fought. It's crazy!"

Watch Alen Babic vs Tom Little on the Conor Benn-Sebastian Formella bill on Saturday, from 7pm on Sky Sports.