Promoter Eddie Hearn reveals offers from Middle East to stage Anthony Joshua vs Tyson Fury this summer: "It has to be in an indoor arena and those arenas are already in place, ready to stage this fight"

Anthony Joshua vs Tyson could be staged in the Middle East despite extreme weather conditions in July, with indoor venues already prepared, says promoter Eddie Hearn.

Unified champion Joshua and WBC king Fury have signed contracts for an undisputed world heavyweight title fight, with promoter Eddie Hearn confident as ever of finalising a date and venue for a blockbuster battle this summer.

The Matchroom boss will present multiple options to both fighters, including Wembley Stadium on July 24, but the Middle East is a serious option with purpose built arenas in place to host the event.

Joshua and Fury have 'multiple offers' to stage their fight, says Eddie Hearn

"But I don't know whether Tyson Fury would accept that offer. We may see on Sunday.

"We know it's hot there in July, of course, so there is no option to go outside. It has to be in an indoor arena and those arenas are already in place, ready to stage this fight."

Hearn has previously revealed that Saudi Arabia is "absolutely keen" to secure Joshua vs Fury, telling Sky Sports: "We had a great experience there back in December 2019, with Anthony Joshua against Andy Ruiz, so they are players that we know are for real. 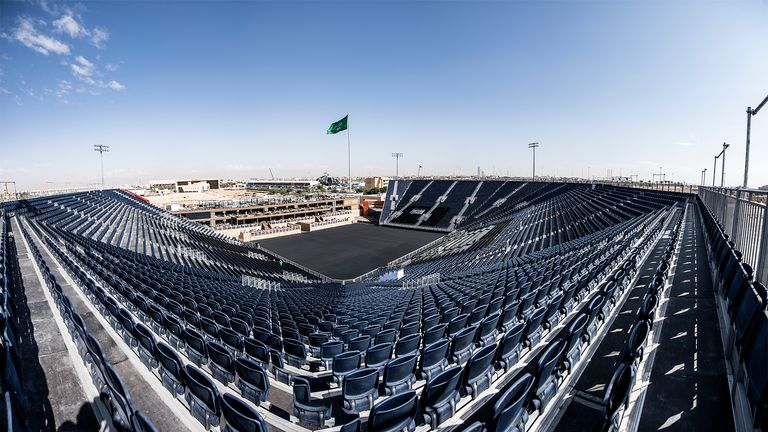 "We've been through the process with them. They gave us their word on what they would deliver and they did that. It was a fantastic event.

"Most people would prefer it to be a little bit later, but that's not what's on the table. We want two [Joshua vs Fury] fights this year and the first one will be in the summer."

Fury tweeted on Wednesday night that terms had to be agreed within three days following criticism from his father John about the progress of negotiations.

Hearn insists Joshua is "comfortable" with the current offers, but has questioned whether Team Fury are equally committed to the fight.

He said: "That's the date we've given ourselves [end of this week], that's the date we're working to, but of course, if we're drafting contracts by that stage with a site, would Tyson kindly give us another 24? I don't know.

"That's up to their side, but that's the deadline that we're working to, to present all the options to the fighters.

"I can't make Tyson Fury get in the ring and take this fight, John Fury agreed to this fight, but this is going to be, by far and away, the biggest financial fight for both guys by a country mile.

"From our side, we're really comfortable. You don't see AJ out there tweeting, 'Oh three days to go, the clock is ticking!'

"Don't you want this fight?

"No, you see AJ saying, 'I'm working, I'm training for this fight,' and I speak to him every day.

"We keep the team, 258, everybody there up to speed with everything. It's the only thing that's on our mind."