"I have a fight this Saturday, and after that, we can talk about a rematch. I want it," Vasiliy Lomachenko wants to avenge loss to Teofimo Lopez if he defeats Masayoshi Nakatani this weekend, live on Sky Sports

Vasiliy Lomachenko will call for a revenge fight against Teofimo Lopez if he restores his reputation with a dominant win over Masayoshi Nakatani.

The Ukrainian star returns against Nakatani on a Las Vegas bill, live from 3am on Sky Sports, in Lomachenko's first fight since Lopez defeated him by unanimous decision in their world lightweight title unification clash in October.

Lomachenko, who underwent shoulder surgery just days after the loss, intends to stake his claim for a second fight against Lopez.

Masayoshi Nakatani definitely has a few physical advantages over @VasylLomachenko... will that be enough this weekend?🤔

"I can't wait to be back in the ring. I'm very excited and I want to show my best skills," said Lomachenko.

"I want to prove to myself, my family, my friends, my team, who I am in the ring.

"He is a tough guy. He has the height and the reach. I think he is a very good boxer. That's why he was my choice as an opponent.

"It's great to have fans. They push us in the ring. They give us energy.

"I have a fight this Saturday, and after that, we can talk about a rematch. I want it!"

Nakatani has also received first-hand experience of Lopez's ring skills, having endured his only career defeat on points against the Brooklyn man in 2019.

But Nakatani insists last weekend's destructive victory by countryman Naoya Inoue has inspired him to pull off a huge upset win over Lomachenko.

"A fellow Japanese fighter having a great performance is very motivating for me," said Nakatani. 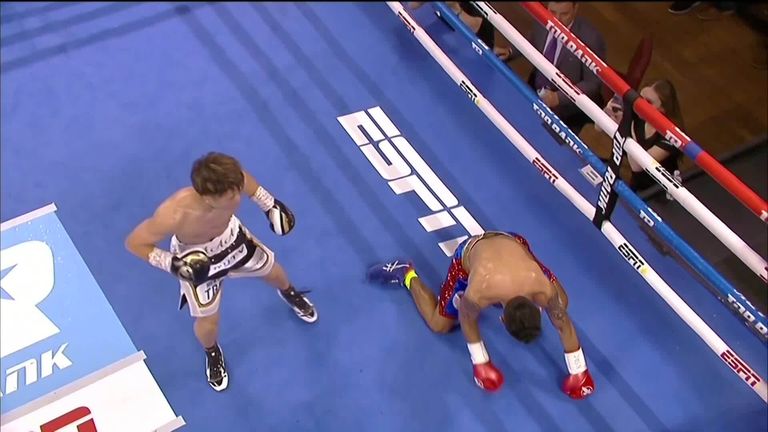 "This is a fight that I have to win and that I want to win.

"When this fight came up, I felt that it is the biggest fight of my career. But getting the fight doesn't mean anything. I must win for this fight to mean something. I'm going to win!"