Joe Joyce more than a stone heavier than Carlos Takam; Joyce must stay unbeaten to remain as WBO mandatory challenger and fight for the world title next year

Joe Joyce engaged in a steely glare with Carlos Takam as the two fighters sized each other up at the weigh-in ahead of Saturday’s heavyweight clash.

Joyce, who weighed in more than a stone heavier than Takam, towered over his rival during the traditional face-off. 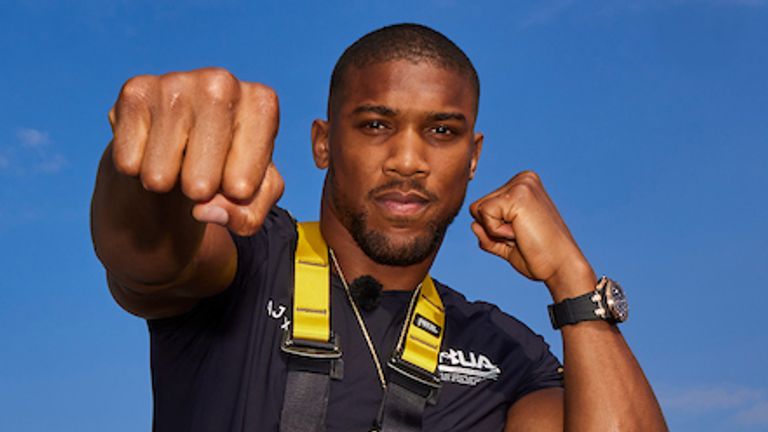 'Joshua must be on his A-game to beat Usyk!'

Joyce's WBC 'silver' and WBO 'international' belts are at stake, but more importantly his hopes of an imminent world title shot are on the line.

He has been confirmed as the next WBO mandatory challenger to the belt Anthony Joshua will defend against Oleksandr Usyk on September 25, live on Sky Sports Box Office.

But that status will go up in smoke if rugged veteran Takam can pull off a shock win in London on Saturday night.

Olympic silver medallist Joyce, 35, has won all 12 of his professional fights and has only once been forced to go the distance.

"I've got a big test in Takam so I won't look too far ahead because this is a tough fight," Joyce said this week.

"I need to beat Takam up to make a statement so I can go on to win a world title.

"Takam gives it his all and he's a hard fight. It might take a few rounds, it might take all the rounds, but I will get the job done then cruise on to a world title."