Luke Campbell on retirement: 'There are champions that people [don't respect], I've never wanted to be one of those'

"Being a champion is not necessarily having a belt or not. You can get given a belt these days, then call yourself a world champion"; Luke Campbell retired as an Olympic gold medallist from London 2012 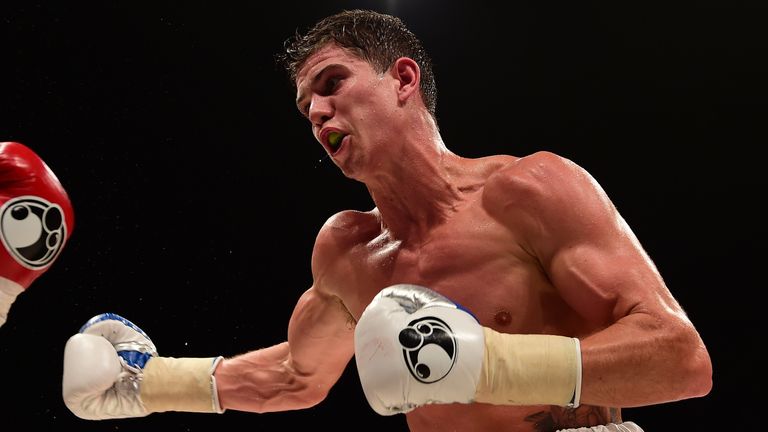 Is this Luke Campbell's best-ever KO?

The one dewy-eyed moment in a treasure trove of memories is from four years ago, when Luke Campbell was battling far more than he told anybody in his first world title fight.

Campbell went in to challenge Jorge Linares in California without his father, who had died just days earlier. He told nobody, not the media, not even his closest allies on enemy turf. He lost the fight narrowly before sharing his grief. It was, and remains, a stark example of the mentality adopted by elite boxers.

That harrowing week, in contrast to the glory of his Olympic gold medal triumph, provides the most vivid memories of a career which Campbell brought to a close last week. He signed off with a series of poignant messages after gymnast Simone Biles' withdrawal from an Olympic event after she cited her mental health struggle.

This is me weighing-in for the Linares fight in 2017. Looking at me on the scales you’d never know that my dad had died 2 weeks earlier and that I was attempting to hide the mental anguish I was experiencing from the world (2)

Athletes are humans, if they say they’re suffering please give them the support they need and applaud them for speaking up. (4)

"Athletes are human," he says, relating Biles' experience back to the night he boxed for a world championship with the death of his father shrouded in secrecy.

He tells Sky Sports: "At the time I thought, 'Nobody can know about this because they will see it as a weakness'.

"That's all that was going through my mind.

"I should have been champion in the Linares fight. I won seven rounds of a 12-round fight but didn't get the decision."

What is fascinating is how somebody who has reached the pinnacle of the Olympics can recognise the mental health blindspot in his sport, but be unable to explain how boxing can move past this dark difficulty.

"Boxing is the toughest sport in the world," he says. "There are pressures. Nobody says it is easy. You have to literally challenge yourself every day."

"There is always room for improvement," he says.

But does he regret not pulling out of the Linares fight?

"It's irrelevant because I didn't."

Interestingly he is more animated when discussing another fight: "The regret I have the most is the Yvan Mendy fight. I should never have been in the ring that night. I had a virus."

That was Campbell's first pro loss, which he later avenged, now just a mere spec on a fine career.

He never became a world champion - in 2019 he emerged with credit, but without the belt, from a challenge of Vasiliy Lomachenko.

By any boxers' standards, Linares in the US, then Lomachenko, are two wretched assignments for your only opportunities at the top prize.

"They are," he says. "I won respect because of that route and because of my performances.

"Being a champion is not necessarily having a belt or not.

"You can get given a belt these days, then call yourself a world champion.

"It's down to the fans whether you are the champ or not. They call me 'champ'.

"Are your fights entertaining? For me, that was the biggest thing in the professional rankings.

"Now I'm not boxing, I look at things differently.

"I've got medals and belts and whatever else, sitting around. They just sit on a shelf. I'm not interested in them.

"I don't need a belt to make me happy in life."

But of course Campbell does own an Olympic gold medal from London 2012, achieved alongside Anthony Joshua and Nicola Adams.

There is a golden postbox in Hull to immortalise his feat.

"It was my dream. I didn't have a goal apart from being the Olympic champion," Campbell says.

"After the Olympics I nearly retired. But I got bored and thought, 'Let's see what I can do in the professional rankings'.

"But my goal, my dream? It was always the Olympics.

"Watching the guys in the Olympics now - it's so hard. There's nothing wrong with giving yourself a pat on the back.

"I'm usually the person that achieves a goal then builds another shelf above it to fill."

Campbell did have nights to remember as a professional too, perhaps none more so than beating local rival Tommy Coyle in their home city of Hull.

He retires with 20 victories and four losses, the last of which came via stoppage after he was cracked with a perfect body shot by Ryan Garcia.

Lomachenko returned with menace recently after being beaten by Lopez.

"That certainly wasn't the Lomachenko that was against me.

"If he did that against me, I would have beaten him too.

"Lopez's was a hell of a performance."

Campbell knows he shared a ring with true greatness: "Lomachenko is the best technical fighter on the planet, without a doubt. Lomachenko's technique, ability, footwork, timing, distance.

"Ryan Garcia is the most dangerous of them all. Garcia has punch with power in both hands, he can end fights with one shot, he has great timing, and he lets his shots go.

"'Tank' Davis is a powerful fighter with a great chin but he is a little bit lazier than the other two.

"Haney is technical, a good boxer. He is quick but not the quickest. A good fighter. But we nearly saw Linares knock him out in his last fight.

"They are all talented fighters."

Who will emerge as the rightful No 1?

"It could be whoever performs on the night because they are all very talented," he says.

"But Garcia and Lomachenko are the two best fighters in the division."

Garcia, since beating Campbell, has withdrawn from a fight citing mental health issues. He is now back in the game. It is another reminder that boxers are not immune. 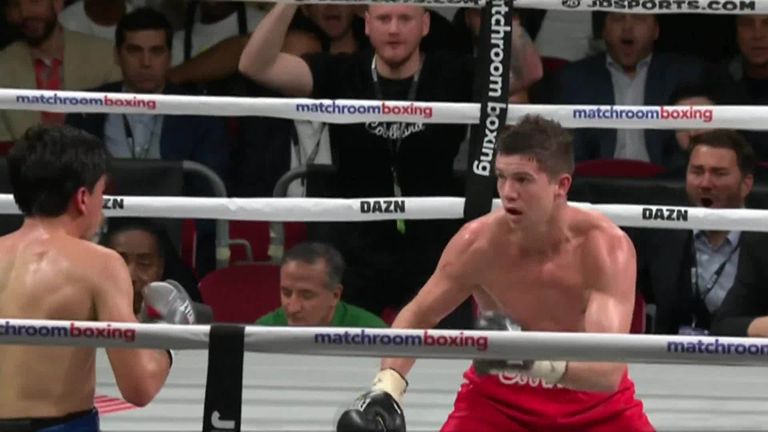 Campbell is finally at peace with leaving the ring behind.

"I've been sitting on this decision for six months. One day I'm done. The next day I say, 'No, I'm not'.

"I'm enjoying life outside of the ring and I can't see myself going back away, closing myself off from the world.

"People see the glamour but when you're closed away in camp on your own? I've been doing that for a long time."

How will Olympic gold medallist Luke Campbell be remembered by boxing fans?

"I was a fighter that gave entertaining fights," he proudly (and correctly) states. "I didn't duck anybody. I won respect.

"There are champions out there that people [don't respect]. I've never wanted to be one of those guys."