"Jake Paul doesn't need Tommy Fury," says Anthony Taylor. "He'd never heard of Tommy until the start of this year. Tommy isn't thinking about me. He's thinking about Jake. Does he know that he's fighting on August 29?" 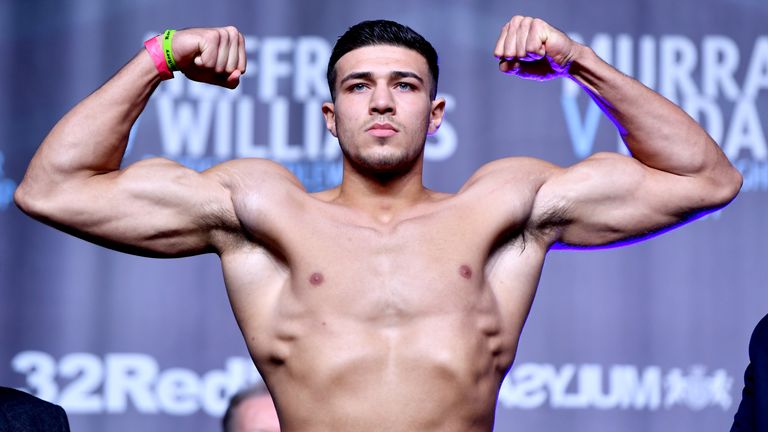 Tommy Fury is "a disrespect to the sport" and will not come close to emulating Tyson Fury's achievement, his next opponent Anthony Taylor has taunted.

The WBC heavyweight champion's younger brother, who found fame on reality TV, will aim to extend his record to seven unbeaten fights against Taylor, an MMA fighter, on August 29.

The fight in Ohio is on the undercard to YouTuber-turned-boxer Jake Paul's clash with former UFC champion Tyron Woodley.

"They're just not cut from the same cloth.

"He is a disrespect to the sport. He's not a boxer. A boxer doesn't fight guys with 10 wins and 126 losses!

"You don't see Ryan Garcia fighting guys on his debut with zero wins and 26 losses.

"Tell me I can't beat those fighters that Tommy has beaten already?

"Without Tyson bringing up his brother's name, who was Tommy? We never even knew that Tyson had a brother who was a boxer!"

Tommy Fury: I will break every bone in Jake Paul's face

Tommy Fury could be on a collision course with Jake Paul after their social media spat turned nasty and resulted in challenges to meet inside the ring.

"For every bad thing he has said, he will get a swift right hand for it," Fury previously told Sky Sports.

"I will break every bone in his face."

Paul told Sky Sports: "He boxes because he was told to do so by his dad. He doesn't have that real heart, that real fighter inside of him.

"If we ever get into the ring, I'm going to expose him."

Both fighters agreed a future clash is inevitable but plans could be spoiled by Taylor, who will make his debut inside the boxing ring after acting as a sparring partner for Paul.

"He comes from a good background of fighters, Tyson and his dad. These are good people. I give him credit where it is due.

"[I will win] by second-round TKO. I am going to steal the show.

"I have screenshotted a lot of people saying: 'If you get out of the first round I will send you $1000!'

"I'll make more money on these bets than I will from the fight!"

Taylor has won seven of his 12 MMA fights and claimed: "I am a legit fighter overall, not just in MMA.

"Everybody is expecting me to lose except for my teammates. The odds are against me.

"Tommy Fury is the big Ivan Drago. I am Apollo Creed!

"This is not a movie, it's real-life. I am the real Apollo Creed and not a lot of people know that!

"A lot of people expect me to get slaughtered in the first 30 seconds but that won't be the case."