"It would be a tremendous match. Beterbiev is undefeated, he is a heavy, heavy puncher," WBC president Mauricio Sulaiman welcomes fight between fearsome Russian light-heavyweight and Saul 'Canelo' Alvarez 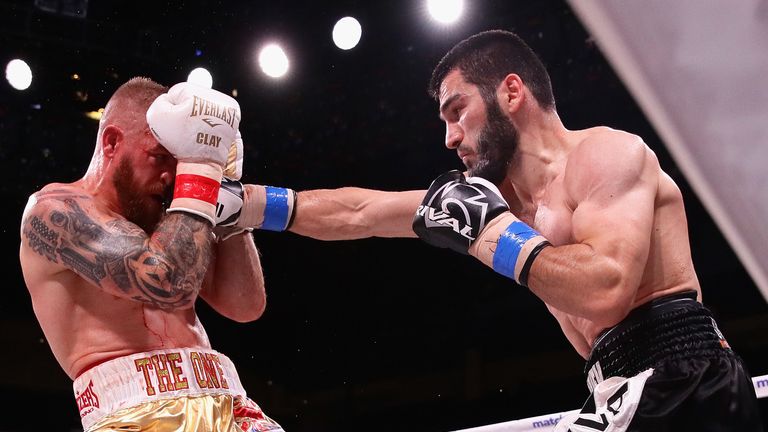 Look back at this monstrous stoppage by Artur Beterbiev

Saul 'Canelo' Alvarez could take a high-risk showdown with Artur Beterbiev, who is a 'strong threat' to the Mexican star, says WBC president Mauricio Sulaiman.

'Canelo' will be seeking a fresh challenge after he knocked out Caleb Plant in the 11th round to become the undisputed super-middleweight champion in Las Vegas on Saturday night.

The four-weight king could next return to light-heavyweight, setting up a clash with Beterbiev, who is the WBC and IBF champion.

Asked if the WBC would welcome Canelo moving up a division to fight the fearsome Beterbiev, Sulaiman told Sky Sports: "Yes. Beterbiev makes a mandatory defence in December and will be open to do anything he wants to do.

"It would be a tremendous match.

"Beterbiev is undefeated, he is a heavy, heavy puncher.

"He would be a very strong threat to Canelo's legacy.

"But Canelo wants to keep going further and further so let's see."

Canelo said last week about the prospect of facing Beterbiev: "No, not crazy. I love the idea. I love challenges.

"I like [to fight bigger guys] because I know what to do in there, so it's easy for me."

Beterbiev is the only world champion with a 100 per cent knockout ratio, having stopped all 16 of his opponents.

He will defend his IBF and WBC light-heavyweight titles against Marcus Browne on December 17, live on Sky Sports. 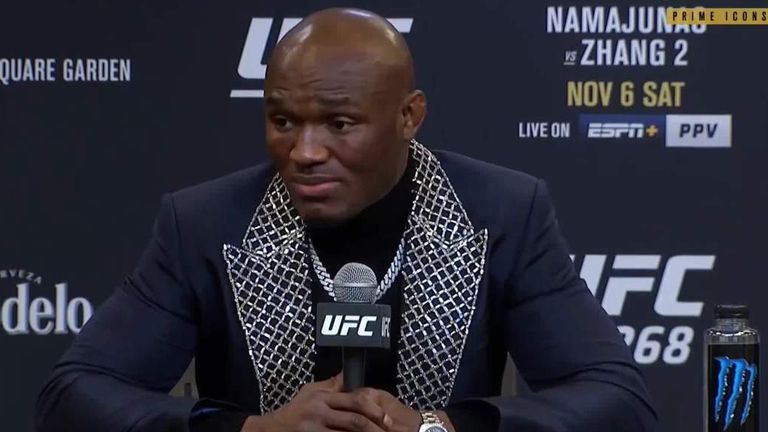 After defending his title at UFC 268, Kamaru Usman says that he now wants to face Canelo

Conor McGregor, another UFC star, suffered a stoppage loss when he crossed over to boxing but Usman still wants to test himself against the world No 1.

"I want something that scares me," said Usman. "If I'm going to leave my daughter for another 12 weeks, or more, it's got to be something that really gets me up.

"Yeah, don't get me wrong, he's a master at what he does. I love it and I respect it, which is why I want to challenge myself in that way.

"The last time I was an underdog, we saw what happened.