What started out as an even fight through the first five rounds turned into a one-man show after Stevenson took advantage of Valdez's huge gamble with an overhand left that left him in a vulnerable position. Stevenson countered quickly and dropped Valdez with a quick left shot to the temple to seize control of the bout. 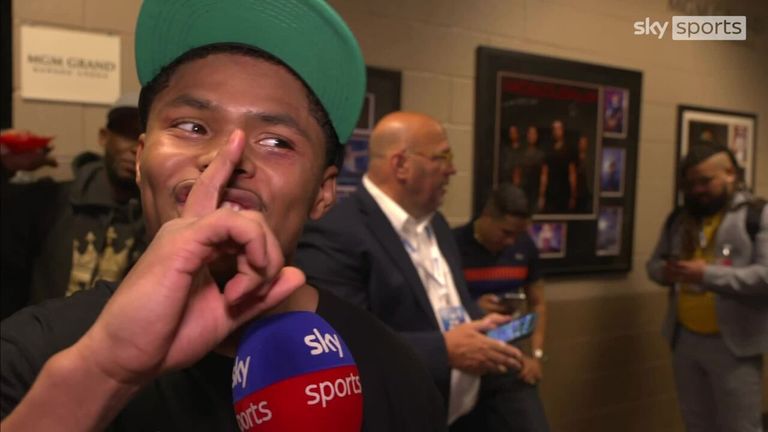 Valdez (30-1) wasn't the same after that round, and seemingly lost the poise he started with. Stevenson, conversely, was in control the rest of the way, much to the dismay of the heavily pro-Valdez crowd inside a jam-packed MGM Grand Garden.

When ringside reporter Bernardo Osuna asked Stevenson what was next on his plate, he dropped to one knee and proposed to his girlfriend, rapper Young Lyric. She said yes. 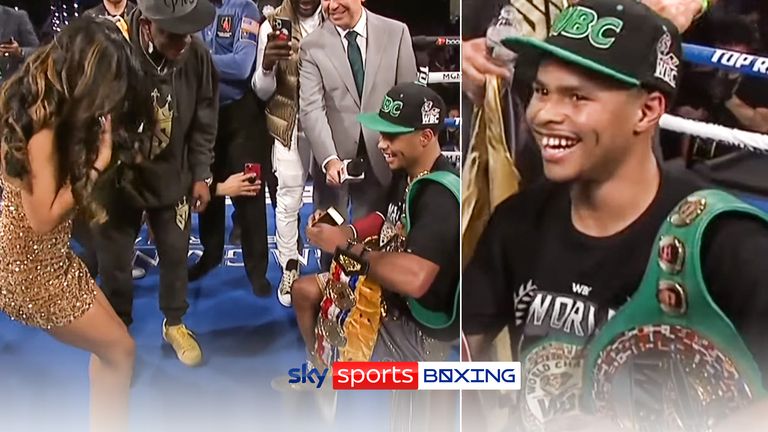 Stevenson celebrated his huge win over Valdez by proposing to his girlfriend in the ring!

On the main undercard, Nico Ali Walsh (5-0, 4 KOs), the grandson of Muhammad Ali, needed only 2 minutes 50 seconds to knock out Alejandro Ibarra (7-2) in what was supposed to be a four-round middleweight special attraction.

After standing toe-to-toe for much of the round, and continually landing his right hook to Ibarra's head, Ali Walsh set up his outmatched opponent. After feinting with his right hand to open things up, Ali Walsh landed a quick left and a devastating right flush on Ibarra's face for his fourth career knockout.

U.S. Olympic silver medalist Keyshawn Davis (5-0, 4 KOs) dictated the tempo in what went from an eight-round lightweight bout against Esteban Sanchez (18-2), to a one-sided boxing clinic. After a relatively rudimentary three rounds, during which Sanchez landed his only significant punch of the fight, Davis began a dominating assault in the fourth round.

After enjoying his most dominating round in the fifth, pummeling Sanchez into the ropes early in the round, and landing several crushing blows to end it, Davis, who landed 57 per cent of his power punches, finished things in the sixth round when the bout was stopped at the 2:44 mark.

In other action, Raymond Muratalla (14-0, 12 KOs) knocked out Jeremy Hill at the 2:27 mark of the third round in their lightweight bout.

Eighteen-year-old phenom Abdullah Mason improved to 2-0 (2 KOs) with a first-round TKO of Luciano Ramon (1-3) 2:32 into the fight.