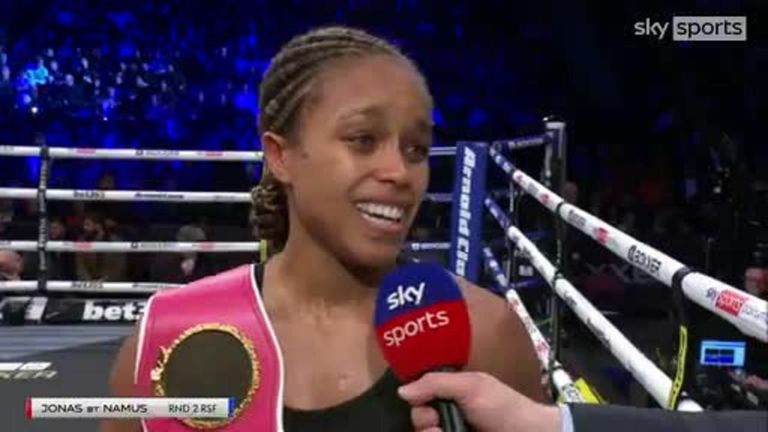 Natasha Jonas will return to her home city of Liverpool for a world title unification fight against Patricia Berghult on September 3, live on Sky Sports.

It will be Jonas' first bout in Liverpool in almost three years and she makes her homecoming as a world champion after stopping Chris Namus in spectacular style earlier this year. 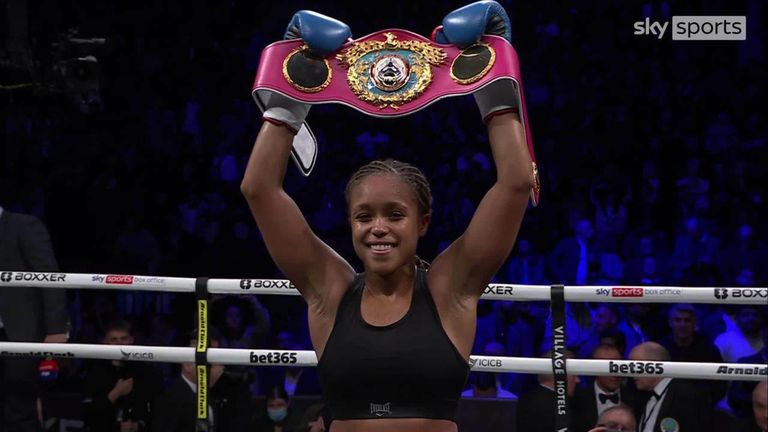 In her stellar career so far, Jonas has already become the first female British boxer to qualify for an Olympic Games and had a memorable battle with Katie Taylor at London 2012.

As a professional, she was bitterly disappointed with a contentious draw against Terri Harper for a super-featherweight title and pushed undisputed lightweight champion Taylor to the limit in their terribly close 2021 collision.

She moved all the way up to super-welter to seize her championship against Namus. Now Jonas is looking to unify world titles in her next fight after that.

"Now that I've got a belt, I don't want to be just boxing nobodies. I want to add belts. I want to potentially, eventually change divisions and go back down," she told Sky Sports News.

"I'm just made up that everything Ben [Shalom, BOXXER promoter] said he'd do, he's done so I'm happy with that.

"There's no messing around. If one world champion doesn't want it, we'll take the next."

Berghult could prove her most demanding fight yet. The Swede has a flawless 15-0 record. She beat Hannah Rankin, now the WBA belt-holder, back in 2019 and last year defeated Olivia Belkacem to become the WBC champion.

"She's a big threat," Jonas said. "It's by no means an easy fight at all. She was a very good amateur. I respect what she's done as a pro as well. She's been a pro a long time and she's undefeated. She's got the belt that I want though, that's the issue."

The showdown kicks off a momentous month for women's boxing as the historic Claressa Shields vs Savannah Marshall fight night takes place the following week.

This unification joins a bumper September 3 bill at the M&S Bank Arena, topped by Liam Smith vs Hassan Mwakinyo.

"Tasha is one of British boxing's trailblazers. She was our first world champion signing at BOXXER and she fully deserves this great opportunity on home soil. And it is a great fight against the WBC champion Berghult, who is unbeaten and will be looking to upset the home fans," promoter Ben Shalom said.

"Tasha is a hugely popular figure on Merseyside and she will be backed by thousands on the night. The atmosphere at the M&S Bank Arena will be electric - and just what Tasha needs as he bids to become the unified world champion."

Adam Smith, head of boxing development at Sky Sports, added: "We are delighted to have Natasha back in action on Sky Sports in her beloved home city of Liverpool, fighting for the unified world titles.

"She has been a magnificent and refreshing addition to the Sky Sports commentary team under the BOXXER banner. Now it is time for her to get back to what she loves doing best - and hopefully capturing the famous WBC title in the process."

Liverpool's own Nathan Quarless faces Middlesbrough man Michael Webster in a cruiserweight contest which sees both prospects put their undefeated records on the line.

Two more Liverpudlians appearing on the card are Paddy Lacey and 21-year-old Frankie Stringer, who is competing in his second professional bout following a successful debut in April.

Tickets for the Liverpool show are on sale now via Boxxer.com, with prices beginning at just £40.