Claressa Shields: I'll show the world I'm the Greatest Women Of All Time against Savannah Marshall

Claressa Shields spoke to Sky Sports at her training camp in Miami ahead of the much-anticipated undisputed title clash with Savannah Marshall next month; watch Shields vs Marshall live on Sky Sports on Saturday, September 10

Claressa Shields has vowed to prove to the world she is the 'Greatest Woman Of All Time' when she faces Savannah Marshall in their undisputed title clash next month.

The grudge match between the two long-standing middleweight rivals takes centre stage at London's O2 Arena on Saturday, September 10, live on Sky Sports, and will see the two undefeated boxers put all of their belts on the line.

Despite the verbal bards the pair have traded, two-time Olympic gold medallist and reigning WBA, WBC and IBF champion Shields is full of respect for WBO champion and fellow women's boxing trailblazer Marshall, but is determined to prove she is the queen of the ring.

"I've said for a long time, 2012, that I was the one who everyone would remember for life whether I continue boxing or not," Shields told Sky Sports.

"But the fact I continued and won the Olympics again and turned pro, and I'm one of the women who changed the game as far as equal pay, equal promotion and we're fighting to get equal fight time.

"I'm happy it's coming to fruition, that I have this opportunity and I have a great dance partner. I'm looking forward to crossing the pond and fighting against Savannah Marshall.

"It takes two great fighters to get in there and make a show. So, I'm coming over there to put on a show and show the world I am what I say I am - I'm the Greatest Woman Of All Time." 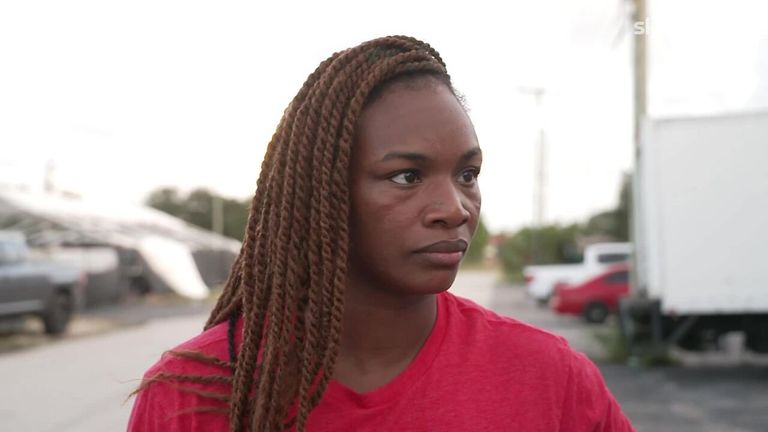 Marshall is in the midst of her training camp in Miami under the watchful eye of former two-weight world champion John David Jackson, who has been in the 27-year-old's corner since her sixth professional contest against Hanna Gabriels.

Jackson is in no doubt Shields is much-improved from her amateur days when she lost to Marshall in the second round of the 2012 World Championships - the only defeat of her career so far - and feels she has fought a better level of opponent since turning professional, which will show in September.

"To say it's the boxer versus the puncher, that's a good title for the fight," Jackson told Sky Sports. "Savannah, the level of her competition hasn't been where Claressa's is...so it's a difference in the opponents.

"It makes for a very interesting fight on who is going to apply what they do best on the other person and break them down. I feel that with Claressa, she's improved from her amateur days, whereas I haven't seen that with Savannah. 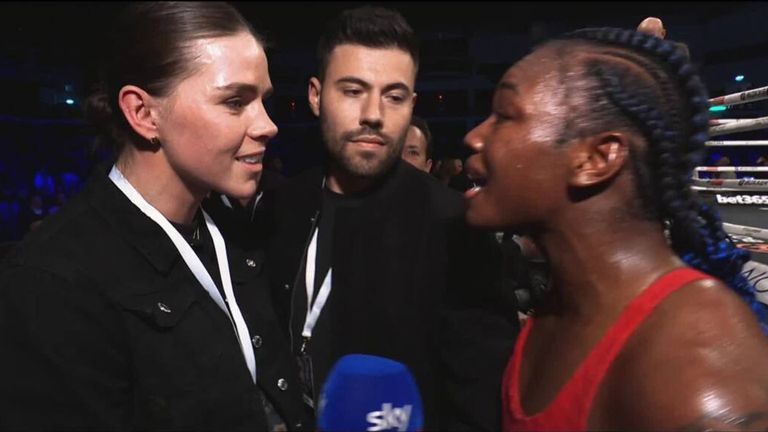 "She's more laid-back, she's relaxed in there and that's great to be, but the level of competition she has had hasn't pushed her hard enough to see what she really has inside of her. This fight, she will be really pushed."

Shields, meanwhile, has her head down working hard and is avoiding any of the nightlife distractions in Miami to ensure she is in the best shape possible for the long-awaited winner-takes-all clash with Marshall.

"It's all about discipline," Shields said. "The blood, sweat and tears come with the game, but I enjoyed the sweat, I enjoy the blood - sometimes rather coming from my opponent - and there's some crying involved, but not when you're enjoying it.

"That's why I come to Miami, because it's different scenery. Yeah, you've got clubs and beaches and bars, but I only go to the beach and the gym. I go to the track and run some trail, but I'm not really a big party person.

"I'm in great shape. We've been sparring, we've been running we've been jumping rope and hitting the pads and the bags.

"I'm happy for the opportunity and just to be able to have that platform, especially where I come from, and to be dubbed as the biggest women's fight in boxing history means a lot."