Nigel Benn: My son Conor Benn is a clean athlete; 'We're in total shock fight vs Chris Eubank Jr was called off'

"I love my son. I know he don't [sic] cut no corners, he just goes straight at it, 100 per cent. But we'll keep you informed and let you know what the next step is. He's a faithful trainer and a clean athlete. He leaves no stone unturned. We'll get to the bottom of this" - Nigel Benn 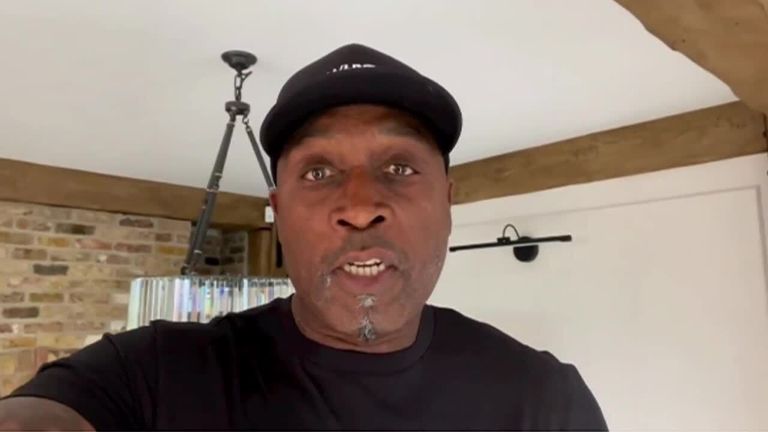 Speaking on his Instagram profile, Nigel Benn has jumped to the defence of his son, Conor, claiming he is a clean athlete (Credit: nigelbennofficial)

Nigel Benn has defended his son, Conor, after the postponement of his fight against Chris Eubank Jr due to a failed drugs test, insisting his son is a "clean athlete".

On Wednesday, it was revealed an "adverse analytical finding for trace amounts of a fertility drug" had shown up in one of Conor Benn's recent tests by the Voluntary Anti-Doping Association (VADA).

The British Boxing Board of Control announced the clash with Eubank Jr was "prohibited as it is not in the interests of boxing" after promoters Matchroom Boxing and Wasserman Boxing had released a joint-statement earlier in the day saying the fight would go ahead as scheduled.

The two fighters already knew about the drug test result and were keen to proceed with the bout, which follows the two clashes between their fathers in the 1990s, but Matchroom Boxing confirmed on Thursday the bout was off.

Nigel Benn, a former middleweight world champion in the 1990s, took to Instagram on Friday to defend his son, posting a video and vowing: "We will get to the bottom of this".

"Hi guys, as you know we're in total shock," he added.

"I've been with my son for the last 10 weeks and the training has just gone absolutely the best it could ever have been.

"He's a dedicated trainer, he leaves no stone unturned, and we'll get to the bottom of this.

"But we'll keep you informed and let you know what the next step is but you know, he's a faithful trainer and a clean athlete.

"Speak to you all soon, God bless."

Benn 'gutted' by postponement, focused on 'clearing his name' | Hearn: We don't feel Benn has been given due process

Writing on social media, Conor Benn said: "I am truly gutted that we are unable to make this fight happen on Saturday and I'm sorry to everyone who has been affected by the postponement.

"I am still completely shocked and surprised by this and it has been a tough couple of days. My team and I will consider the next options including rescheduling the fight, but my immediate focus is on clearing my name because I am a clean athlete!"

Speaking at a short media briefing where no questions were taken on Thursday, promoter Eddie Hearn said: "I want to make it clear that Conor Benn is not suspended by the British Boxing Board of Control and we don't feel he has been given due process like many others in this situation before him.

"I have seen reports about going to the High Court and bringing in foreign commissions but this is just not true, we took our time and made a decision that we felt was in the best interests of the parties involved. It wasn't a decision that was easy.

"This is a sport that is very, very dear to us and while we were desperate for this fight to take place for the fans, for the undercard fighters, we made a decision we felt we had to at this time, especially considering the interest of the sport and the British public."