Caroline Dubois stopped Milena Koleva in the fifth round at the O2 Arena on Saturday; the 21-year-old has said it would be "amazing" to fight Mikaela Mayer, someone she has looked up to since a young age 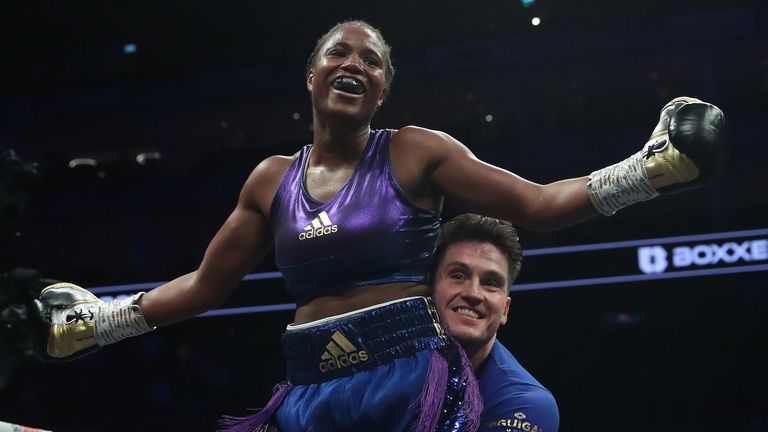 Caroline Dubois admits she would love a future fight with Mikaela Mayer after boosting her growing reputation as one of Britain's most exciting talents.

The 21-year-old stopped Milena Koleva in the fifth round on the Shields vs Marshall undercard on Saturday night, extending her unbeaten record to four victories with three knockouts.

Mayer also featured on the all-female show, suffering a split-decision loss to Alycia Baumgardner in a world title unification clash, and Dubois says it would be "amazing" to share the ring with the American star.

"That would be amazing to be honest, Mikaela is somebody I have looked up to. I have watched her since she turned pro, she was one of the first people, she was from the Olympics and a high achiever as an amateur," Dubois told Ringside Toe2Toe. 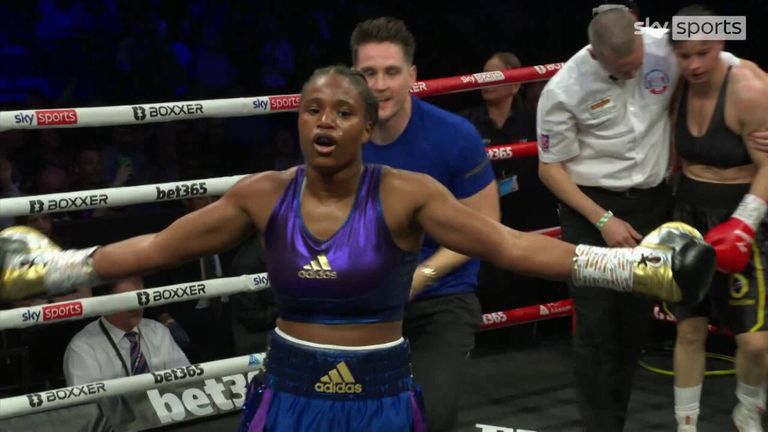 Dubois picks up another win via knockout, stopping the tough Koleva

"I was an amateur, and I was looking up to her. There was no real pros out there that were dominating, and I was watching every fight of her. If she moves up to 135 that would be a fight I would love to have."

Dubois was joined on the historic bill by an array of exciting fighters, including fellow Olympians such as Lauren Price and Karriss Artingstall.

"I am buzzing, it was a crazy event and I am so grateful to be part of it. Sky believed in us and they backed it up," she said.

"That [her performance] definitely is the icing on the cake, being backstage I was just focussing on the fight. But afterwards, I realise how big of an event it actually was and how much my performance grew me as a fighter.

"The ring walk was insane, the crowd just didn't stop cheering. I was blown away by the love and support from them. Backstage, I was trying to focus on what I was trying to do, trying to make it just like another spar.

"As soon as I got in the ring, I sensed she walked out a little bit nervous. I wanted to make a statement because she has only been stopped by two people as well."

Listen to the full episode of Ringside Toe2Toe, where Mikael Lawal revealed his next opponent.