The 27-year-old Londoner moved to 16-0-KO13 with an emphatic performance, knocking the brave American down once in the first and finishing it in the third.

It wasn't a flawless performance from Whyte as he took several shots from Minto, but the natural power told soon enough as Minto was floored on the bell at the end of the first by an overhand right.

The man from Pennsylvania, who lost his bid to take Marco Huck's cruiserweight world crown in 2010, regathered himself admirably and enjoyed a more promising second round during which he connected several times with right hands of his own.

It proved merely a stay of execution, though, as Whyte found the mark with a withering short right that wobbled the visitor's legs. He sensibly took a knee and failed to make the count - drawing harsh boos from the crowd. 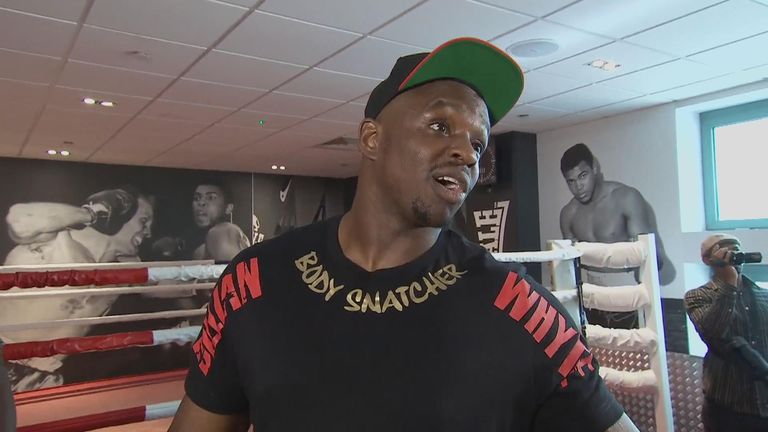 There was concern afterwards when Whyte mentioned he had been carrying a shoulder injury that had disrupted his training and prevented him from utilising his left hand to its best effect - but he remains adamant that he will not back out of the showdown with Joshua.

Whyte told Sky Sports: "It was alright. I did my shoulder so I wasn't throwing my left hook or jab a lot. I went right hand crazy because I don't make excuses out of injuries. I show up and fight.

"We were working on the jabs, one-twos and the triple jabs. I was disappointed because I felt my shoulder and I had to try something else. I'm not a guy who throws a lot of right hands - I normally throw my jab and left hook.

"I know the Joshua fight is going to be a good, hard fight but I don't want to fight guys with a losing record, when they're mentally already beaten. I'm in the game to put on good fights, test myself and reward the fans that supported me through my suspension."