Is Martin Bakole a future opponent for Anthony Joshua in Africa?

"AJ has always said he wants to fight in Africa so why not, in a year's time, take on the continent's number one heavyweight."

The WBA, IBF and WBO heavyweight world champion was recently ordered to sign for a mandatory title defence against Alexander Povetkin and that fight could now potentially precede a battle for undisputed supremacy against Deontay Wilder.

It is beyond those possible match-ups that Scottish trainer Nelson insists his charge Bakole (11-0-KO8) will, by then, be firmly placed for a shot at 'AJ' and he is adamant a fight in Nigeria, where Joshua has family roots, would make for a fantastic showpiece event in Africa.

"AJ has always stated that he wants to fight in Africa so why not, in a year's time, take on Martin, the continent's number one heavyweight," Nelson exclusively told Sky Sports' Toe 2 Toe podcast. 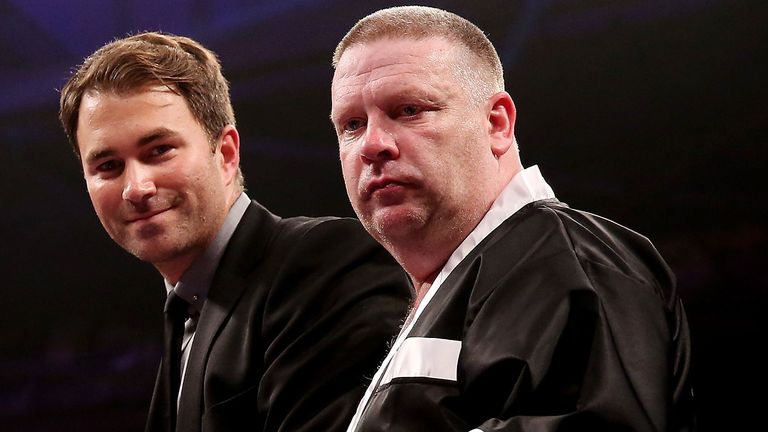 AJ said Martin gave him some of the best sparring, if not the best, that he has ever had.

"It won't be long before Martin is at that level. He has the skills and ability to take on 'AJ' now, but in 12 months when he has greater experience and more rounds in the bank, which is required, it's a fantastic fight.

"A fight in Nigeria, where Anthony's family come from, what a fight it would be. It would be a proper, proper, fight. Stranger things have certainly happened in boxing."

Joshua continues to break records and light up British stadiums on a regular basis but a venture to an overseas fight ring is something 'AJ' has yet to tick off the list.

Successive victories over Povetkin and Wilder would leave Joshua as the undisputed kingpin of the heavyweight division after just 23 fights and new challenges will no doubt interest the 2012 Olympic gold medallist further down the line.

Going global is one way he could further his stature in the sport and the Brit's promoter Eddie Hearn has previously said: "I think it's a natural progression to fight in other countries. AJ wants to break down boundaries as well and part of that should be boxing in America, Africa, the Middle and Far East."

Bakole, who is currently quite a way behind Joshua, has eased through his first 11 fights, most recently stopping DL Jones in quicker fashion than emerging prospect Daniel Dubois did so four months previously.

Despite his inexperience, the 26-year-old has already been in with top names behind closed doors. One of those names Is Joshua and Nelson claims "AJ said 'it's some of the best sparring, if not the best, he had ever had.

The increasing threat of AJ

"Martin learnt a lot from AJ. Every spar was a very even, competitive, spar and you'd pay to watch it. It was great, and we thank Joshua and [trainer] Rob McCracken for having us down.

"I remember 'AJ' exploding a right hand off Martin's jaw that even I nearly went down from it! Martin took it really well and came straight back with an uppercut of his own, a fantastic shot. He certainly got AJ's respect and showed he could take a shot and come right back.

"Joshua is an absolute gentleman and Rob is fantastic, he's probably the best coach in Britain as well. Martin got to see how and what is required to be a very top fighter and he wasn't far off back then, let alone now. 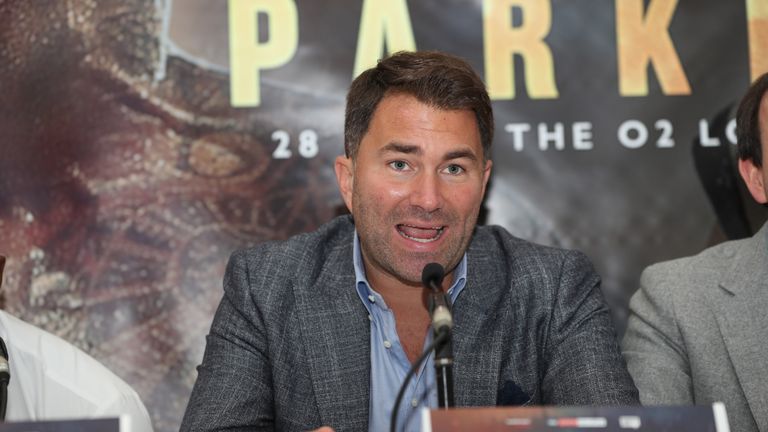 I think it's a natural progression to fight in other countries and AJ wants to break down boundaries. Part of that should be boxing in America, Africa, the Middle and Far East.

"We've already been asked to go and spar him for whoever he fights next, whether it be Wilder or Povetkin, so it's brilliant for us."

Nelson admits it is becoming a 'nightmare' trying to match Bakole and fighters like Joe Joyce are - understandably, he says - staying well away.

"When I first saw Martin fight, it took me about half a round to see his talent. He's had a fantastic education with his brother, who is a top fighter, and he's been surrounded with good fighters for a long time now.

"He finished Jones on Saturday in much more impressive fashion than Dubois did. Including the count, his man was down twice and stopped within 62 seconds.

"The thing with Martin is that he poses a different threat. Most heavyweights are good at one of two things, they're either quick or a big puncher. Martin is skilful, has fast hands, fast feet and is extremely powerful, he's the full package.

"It's been a nightmare getting him opponents. If I had £100 for every time someone said no, I'd be a wealthy man.

"We'd like to face Joyce, but I'm not surprised in the slightest that they don't want to fight Martin because Joe is a good fighter and has been well invested in.

Is Tony Yoka following in the footsteps of Anthony Joshua

"That investment would come to a sudden halt because Martin Bakole knocks Joe Joyce out, he's far too quick and punches every bit as hard, If not harder.

"Martin just has so much more than Joyce. If my man didn't win a world title I would class that as a failure. We're not here to win 6-8 rounders, we are both winners and I believe we will win major titles together."

You can hear more of an exclusive interview with Billy Nelson in this week's Ringside Toe 2 Toe podcast.