The fallen 16 warn AJ is more than just power

Getting thumped in the face by Anthony Joshua would be, for most of us, the stuff of nightmares. There are 16 men who have felt that thunderous force, and some have shared their pain and their stories with Sky Sports.

One of those victims had their career ended by a damaging Joshua punch, another rates him above two heavyweight world champions that he has also boxed. Most recently, Charles Martin cut a disconsolate figure in his dressing room, a plaster concealing a bloodied face, as he tried to describe his knockout loss.

What they all have in common is the brutal conclusions to their fights against Joshua - yet they tell different horror stories about the enormity of the monster that won Martin's IBF heavyweight title on Saturday night.

"I got a broken eye socket," said Matt Legg, who was crushed inside a round by a Joshua uppercut at Wembley Stadium two years ago and still hasn't returned.

"When I tried to get up I couldn't even see. I had three months of nerve damage in the side of my face. For two months I had no feeling, it was numb.

"I fought James Toney when he was 45 and you could comfortably block his punches - when you block Anthony's they go through your gloves and still hurt you, so you have to get out of the way." 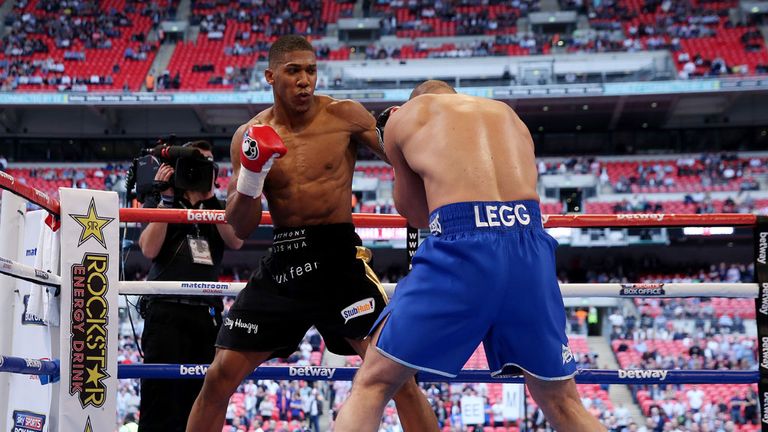 The power of his punches goes through your gloves, there's nowhere to hide.

Paul Butlin, Joshua's second opponent, had boxed Dereck Chisora, Johnathon Banks and Lucas Browne but they hadn't prepared him for the Olympian's power. "I've been in with the biggest lads in Europe," Butlin said. "But Joshua's power is horrible - if he hits you, you're gone, simple as that. It's sickening.

"The first jab he hit me with, I went back to the corner shaking my head. He caught me with an overhand right that gave me nine stitches."

But what if the big right hand doesn't land? In the land of the giants, plenty of heavyweight contenders have faltered when their primary weapon is deflected off target. Joshua's punch power has taken him past 15 opponents but critics insist he is just an Ancient Greek sculpture adorned with a pair of gloves.

Terrifyingly, the victims that have tasted Joshua's knockout punches shake their head when asked if he is merely a KO merchant.

"The funny thing is that it's not so much about power - Joshua is very accurate," said Matt Skelton, victim No 7. "He hits hard, don't get me wrong, but when it's combined with accuracy that's hard to go against, isn't it? You can have a big, hard punch but if it's not timed correctly then it takes the sting out."

Skelton, a veteran of fights with Kubrat Pulev, Ruslan Chagaev plus kickboxing events in Tokyo stadiums, was shocked to discover that Joshua was not a pampered prima donna between the ropes. "I got the impression that you can't upset him," Skelton said. "If you want to mix it up with him, get down and dirty, he'd bring the same back. In my eyes that's a good thing.

"Since then, I've sparred with him on many occasions. We've had proper toe-to-toe hard sparring. I could tell by his training ethic that he was good. We'd spar, then when a lot of heavyweights go for a shower, he'd go back onto the bags to practice." 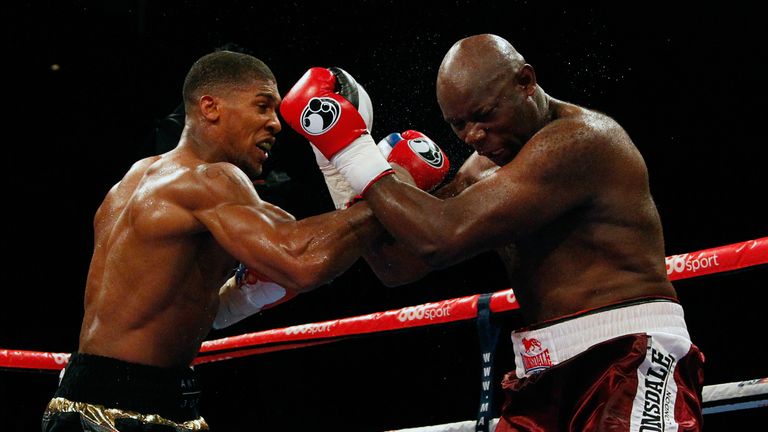 I got the impression that you can't upset him. If you want to mix it up with him, get down and dirty, he'd bring the same back.

Other opponents wince at the memory of the colossal Joshua hurtling towards them quicker than a man of his immaculate physique ought to be moving. "A lot of guys his size don't move as well as Joshua," said Jason Gavern, the 11th victim.

"He's 6ft 6in, 260lbs and he's dancing around, throwing double-jabs and triple left hooks - how is this guy doing this? For his size, he's very athletic. He grew two feet after the weigh-in, he was huge. In the middle of the ring I thought 'oh my gosh'. I just tried to fight. He knocked me down three times but I kept getting up. The last punch I didn't remember until I saw it after the fight."

Joshua wouldn't be the first great heavyweight to possess unlikely fast-twitch muscle movements. Legg, the Wembley opponent, insists Joshua is an evolved version of an iconic legend. "I look at him like a tall Mike Tyson," he said.

"He's fast - people underestimate his speed. When he lets combinations go, he's super-fast for 18st. It's amazing how fast his hands are. To walk out onto the Wembley pitch was like walking into the Coliseum as a Gladiator, especially when you're in with the new Tyson."

The warning signs were there from the first bell of the first fight against Emanuele Leo in October 2013. Twelve knockouts later, there remained claimants saying Joshua was merely a product of kind match-making.

"I'm going to fight with my hands down - he don't have no power," Kevin Johnson vowed before becoming the unlucky No 13th victim. "I don't need my hands up, he doesn't have no power to hurt me." In 36 fights, the American hadn't been stopped but stumbled into the second round before Joshua crushed him.

Finally, Joshua would be matched against a fellow undefeated, young contender who enjoyed a height advantage. Gary Cornish believed experience would help him.

"I've felt David Price too and they said his punch was the biggest out there," Cornish said beforehand. "I've sparred top heavyweights, world class. Guys like Tyson Fury and Kubrat Pulev taking it to me - so I've felt power." Perhaps Joshua's power is different, a gift stirred up within the Olympic gold medal winner that turns chiselled men into helpless boys. Cornish lasted 90 seconds.

Dillian Whyte, amid personal animosity, remains unwilling to climb aboard the bandwagon. "I was surprised by how slow he is and how easy he is to hit," Whyte shrugged, despite a seventh-round knockout loss. "He's not as powerful as everybody says. He's not a one-punch knockout artist. I was more exhausted than anything else."

His assessment was in stark contrast to Martin, who ate two straight right hands that ended his night inside two rounds with the world title on the line. "I got hit with a right hand I didn't see and that cost the fight," Martin admitted. "He's a great fighter but it was just that his right hand was fast. I didn't see the shot. He had good speed." 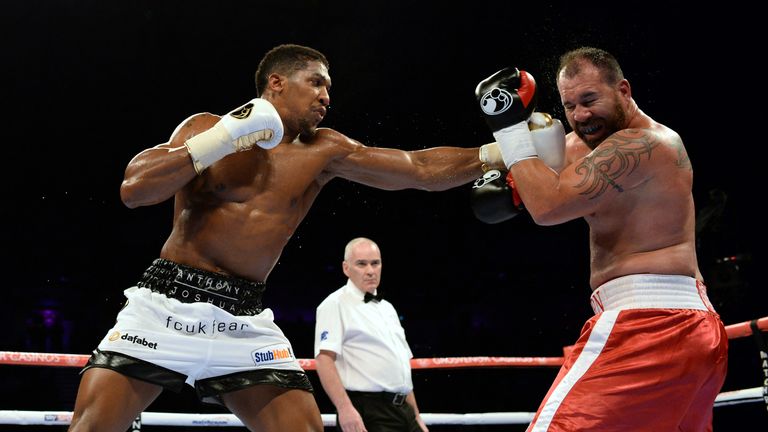 Deontay Wilder and Joshua are the same - rangy, and know how to use distance. They both hit hard but Wilder didn't knock me out.

Joshua is already capable of adding further world titles according to the victims that have also boxed WBC champion Deontay Wilder and WBA champion Lucas Browne.

"Deontay Wilder and Joshua are the same - rangy, and know how to use distance," said Gavern. "If these guys fight, it would be a blockbuster. They both hit hard but Wilder didn't knock me out. Joshua's the future of the heavyweight division." He is on a "different planet" to WBA champion Lucas Browne, according to mutual opponent Butlin.

A trail of 16 broken bodies will pieced themselves together sufficiently to watch Joshua, the man who dismantled them, earn his biggest scalp to date against Martin. Having felt the world's most powerful punch, the fallen 16 are forever intertwined with Joshua's legacy and fellow world champions Tyson Fury or Wilder will be wary of becoming the 17th member to the exclusive club.

Brace yourself, and re-watch all 15 of AJ's greatest hits