The world No 3 and UK Open champion has lost out twice previously in finals on the World Series circuit to Taylor, including in Melbourne in August, but took the £20,000 title with a gritty display.

Wright had survived match darts against Dragutin Horvat and Mensur Suljovic in his opening two matches, before overcoming Raymond van Barneveld 11-9 in the semi-finals.

He then saved his best performance for the final as he wiped out the memory of losses to Taylor in Yokohama and Melbourne with a clinical performance. 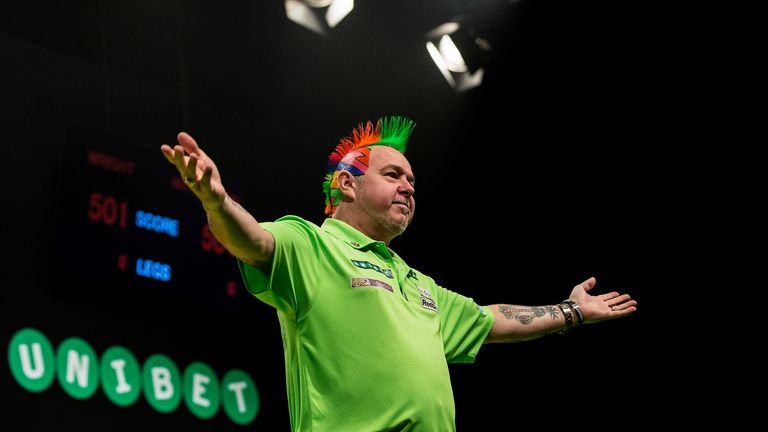 Wright ended the final with a 102.25 average and finished an impressive 11/19 doubles as he avenged losses to Taylor in the World Matchplay and Melbourne Darts Masters finals with a memorable triumph for his 11th tournament win of 2017.

"It's wonderful and I'm delighted," said Wright. "It means a lot to beat Phil and I've also wanted to win a World Series title so it's a tick in the box.

"I've learned from the defeats my other finals against Phil and I got lucky today. I've had the advantage of playing many European Tour events and playing three or four times in a day.

"I normally find on these events over long days that I get a second wind, and when you're up on stage and the crowds get behind you it spurs you on and you wake up, and try not to let them down.

"It's very hard and Phil's concentration levels weren't quite as sharp when he got to the final. Phil was tired but he still doesn't give up or hand it to you on a plate, and that's why he's the best in the world.

"To play him, you're still in awe of what he's done and where darts has come to - we wouldn't be here if it wasn't for Phil so it's special."

Wright added: "When I changed darts during the game against Mensur, that was a brand new set of darts. They're worth £20,000 now!"

Taylor had been aiming to win his ninth World Series title as he overcame Daryl Gurney 10-7 in the quarter-finals and then proved too strong for James Wade with an 11-7 semi-final triumph, despite finishes of 104 and 158 from the left-hander.

"It's been a long day for me and it was hard for me," said Taylor. "I tried my best but Peter's finishing was fantastic and he deserved to win.

"I'm 57 and it's caught up with me now - I can't do three games in one day. It's so difficult now, like a footballer trying to compete against a younger person - you want to do it but you can't.

"The fans were fantastic all weekend and it was very touching and heart-warming for me. I've loved every minute of it."

The Grand Slam of Darts gets under way live on Sky Sports as the best of the PDC compete against the best of the BDO - the action from the Wolverhampton Civic Hall begins on Saturday, November 11 with a double session.

Keep up to date with the news as the tungsten enters it's busiest time of year with the PDC World Championships just around the corner get all the latest at www.skysports.com/darts and join in the conversation @SkySportsDarts.