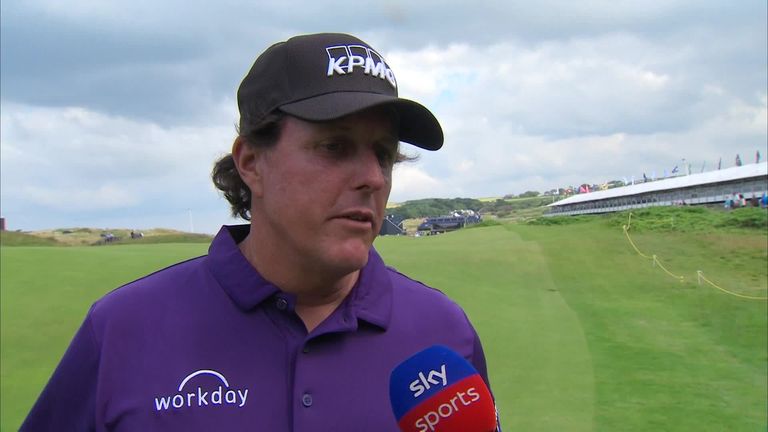 Phil Mickelson insists he is not worried about where he finishes in The 148th Open after undergoing a "hard reset" ahead of the tournament.

The 49-year-old American revealed on Sunday he had made a drastic change to his diet, going on a six-day fast that led to him losing 15 pounds.

After arriving at Royal Portrush, the 2013 Open champion also revealed he is now looking to revert to his old style of play after missing the cut in four of his last six events.

"I'm not happy with the way I've been on the course [and] off the course," he told Sky Sports News.

"I'm not happy with my focus, my fitness, my nutrition, a lot of the things. So I am trying to change the things that I control.

"I'm certainly not happy with the way that I've been playing. I've got to start with just the things that I can control and I don't have many expectations this week.

"I'm here because I love playing. I love this tournament. I love playing links golf. I'm here to enjoy the challenge of the tournament and just kind of get back into the way I like to play, which is more of a swinging of the club and free style and not being so tight and controlling. So I'm really not worried about the result so much."

Mickelson, who has won a total of five major titles, was presented with a special trophy at Royal Portrush on Tuesday for spending 25 consecutive years ranked in the world's top 50.

"It's a special honour to be able to have this," said Mickelson, who is currently 28th in the rankings.

"I feel very fortunate to be able to play golf. To be recognised for this achievement, I'm very grateful."