The defending champion at the $6.7m event missed five-foot putt on fourth hole after which he uttered the slur which was picked up by a television microphone; world number three later said, "There's just no excuse...I need to do better. I deeply apologise" 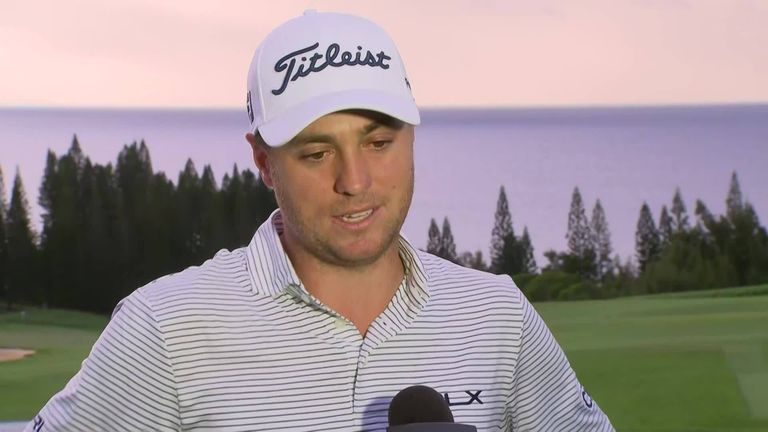 World number three Justin Thomas has apologised for using a homophobic slur during the third round of the Sentry Tournament of Champions in Hawaii.

Thomas, the defending champion at the $6.7m event, missed a five-foot putt on the fourth hole after which he uttered the slur which was picked up by a television microphone.

"There's just no excuse," the 27-year-old told Golf Channel. "There's absolutely no reason for me to say anything like that. It's terrible. It's not the kind of person that I am."

"I need to do better. I deeply apologise to anyone and everybody who I offended and I'll be better because of it."

The PGA Tour added in a statement: "As he expressed after his round, we agree that Justin's comment was unacceptable."

Thomas struggled for accuracy with his driver throughout the round, particularly in a mixed-bag of a front-nine 34 which featured an eagle at the fifth followed by a double-bogey six at the next, where he carved his drive into deep trouble and, despite finding his ball, took an unplayable lie and headed back to the tee.

However, he hit back with birdies at eight and nine and made three more in a promising four-hole stretch on the back nine before three closing pars kept him at 17 under, four strokes off leaders Ryan Palmer and Harris English heading into Sunday's final round.

Thomas is expected to be fined for conduct unbecoming of a professional, though the PGA Tour does not disclose specifics of such punishment.

'Embarrassed Thomas will learn from this'

Golf Channel reporter Todd Lewis, who spoke to Thomas before and after his public apology, says the American will learn from his use of a homophobic slur. "He is incredibly embarrassed," Lewis said. "He is not thinking about his brand or his sponsors.

"He is thinking about how his character is perceived right now.

"Make no mistake, he is going to take intellectual and emotional inventory of why that word is in his vocabulary.

"This is a teaching moment for Justin Thomas and I think he will learn from this."