After being four under midway through his first round, McIlroy was disappointed at not being able to improve on his score as he looked to attack the North Course at Torrey Pines on day two 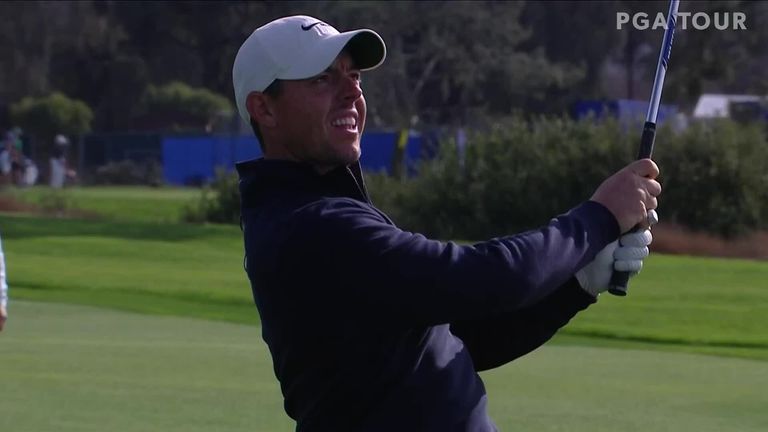 Rory McIlroy had mixed feelings about his opening 68 at the Farmers Insurance Open as he reflected on a "tale of two nines" at Torrey Pines.

The elements were in McIlroy's favour as he tackled the tougher South Course in fairly benign conditions on day one at this year's US Open venue, with incoming adverse weather expected to have an impact on the second round.

McIlroy's pre-tournament vow to avoid the mistakes that scuppered his challenge for silverware in Abu Dhabi last week looked to be on the money as he made a confident start, rolling in mid-range birdie putts on the second and third before setting up an eagle chance from a similar distance at the sixth.

He settled for a two-putt birdie and picked up another shot with a good up-and-down at the ninth to turn in four under, but after missing a makeable chance on 10, he could not take advantage of a perfect drive at the long 13th and then three-putted from over 60 feet following a wayward wedge into 15.

McIlroy did well to save par and avoid another three-putt bogey on the next green, and he got back on track with a welcome birdie at 17 before a rare errant drive at the long last prevented him from going at the green in two.

The closing par capped one of the better rounds on the South Course and left him four shots adrift of Patrick Reed and Ryder Cup team-mate Alex Noren, and he admitted he felt short-changed given the start he had given himself. 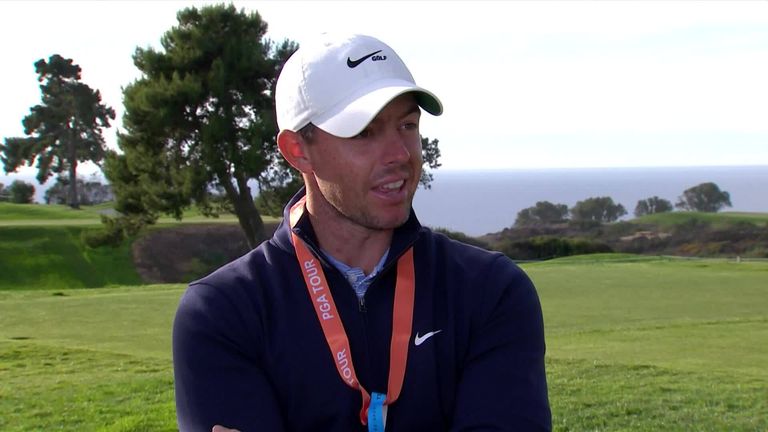 "Four under through nine, so I'm a little disappointed I didn't pick up a couple more on the way in, especially with the two par-fives and not picking up any shots there," said McIlroy, who faces a punishing schedule of seven tournaments in eight weeks.

"But I think any time you shoot 68 on the South Course here you've got to be pretty happy. It's a good start, and we don't know what the weather's going to be like tomorrow, so it was nice to get a good one in and play on the slightly easier golf course in the worse conditions."

McIlroy was particularly pleased with his driving following some inconsistency off the tee in Abu Dhabi, and he will look to take fuller advantage of his length and accuracy over the remainder of the tournament.

"It gives me a lot of confidence, especially with how I drove it parts of last week," he added. "It wasn't very good, it was a little 'guidey' at times. But it was my first tournament back out, so maybe I was a little unsure of what I was doing.

"I made a decision today that I'm just going to fully commit to every swing I make off the tee, and it worked, I hit some great tee shots, took advantage of some of them. Didn't take advantage of some others on the back nine, but I was happy with how I hit it out there.

"I'm really happy with how I drove the ball, hit some good iron shots, and I think that going from Bermuda greens last week in Abu Dhabi straight to poa here, it's a bit of an adjustment. So to get on those bent greens on the North tomorrow, I may find that a little easier."