Patrick Reed secured the largest winning margin of his PGA Tour career with a five-stroke victory at the Farmers Insurance Open; Viktor Hovland and Tony Finau among five-way tie for second at Torrey Pines 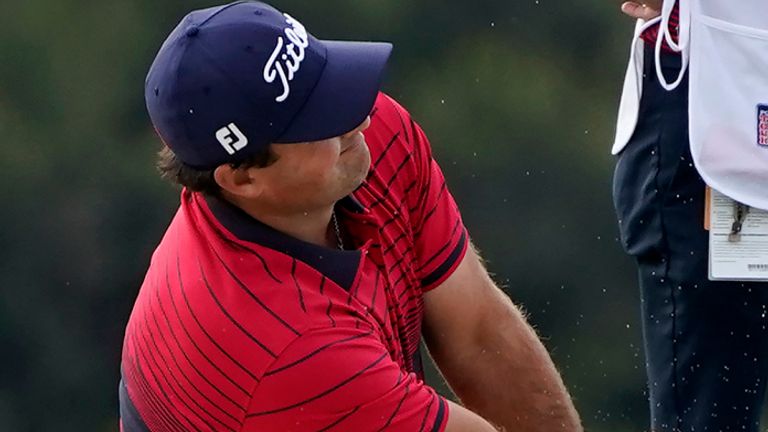 Patrick Reed delivered the perfect message to silence his critics by completing a dominant five-stroke victory at the Farmers Insurance Open.

Reed, who was at the centre of a rules debacle during the third round at Torrey Pines, carded a four-under 68 on the final day to pull clear of the chasing pack and secure a ninth PGA Tour victory.

The former Masters champion started the day in a share of the lead and never left top spot at any point during the final round to finish the week on 14 under, with Viktor Hovland, Jon Rahm and Tony Finau among those to slip out of contention over the closing holes.

Hovland briefly held a share of the advantage until three bogeys over the final five holes dropped him back into tied-second with Finau, Ryan Palmer, Xander Schauffele and Henrik Norlander, with Rahm five strokes off the pace in tied-seventh after a final-round 72.

Reed immediately moved ahead when playing partner Ortiz failed to get up and down to save par at the first, before extending his advantage by holing a 45-foot eagle at the par-three sixth.

Reed dropped a shot at the eighth but matched Hovland's birdie at the par-five ninth to reach the turn with a one-shot lead, with a run of pars along the back nine enough to pull clear of the field.

Hovland scrambled a bogey at the 14th after pulling his approach from a fairway bunker out-of-bounds, with the Norwegian's tee shot finishing behind a tree at the next and leading to another dropped shot.

Reed holed a seven-footer to save par at the 14th and showed off his brilliant short game to extend his run of pars at the next, with a Hovland three-putt at the 17th - including a miss from two feet - seeing the advantage increase to four strokes heading to the par-five last.

With victory all-but guaranteed, Reed then signed off his impressive back nine in style by pitching to eight feet and closing with a birdie to complete the largest winning margin of his PGA Tour career.

Francesco Molinari registered his second successive top-10 on the PGA Tour after a final-round 66 in California, while Rory McIlroy ended tied-16th after finishing his week with a one-over 73.