Still plenty of hard work ahead for Rory McIlroy as he kept his WGC Match Play chances alive with victory over Lanto Griffin, while world No 1 Dustin Johnson needed two late birdies to foil Bob MacIntyre; watch live on Sky Sports Golf from 2.15pm on Friday 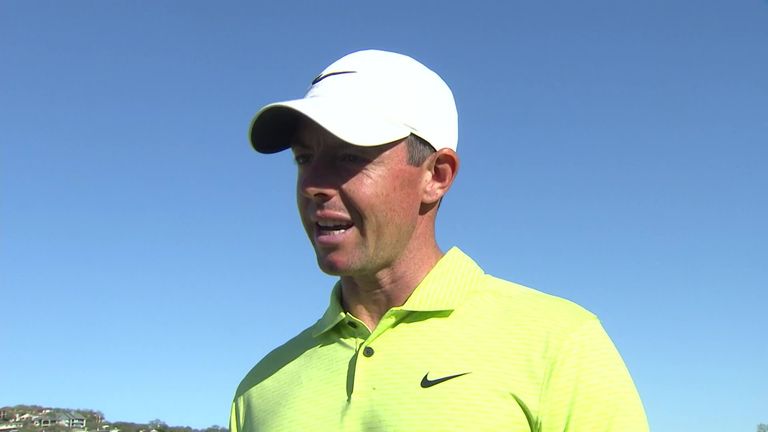 Rory McIlroy avoided the "destructive shots" and early elimination from the WGC-Dell Technologies Match Play as he enjoyed a morale-boosting 4&3 win over Lanto Griffin in Texas.

McIlroy put a turbulent couple of weeks behind him to keep alive his hopes of a second Match Play title, although he will need a helping hand from Griffin on the final day of the group stages at Austin Country Club.

After missing the cut at The Players Championship, admitting that chasing extra speed trying to emulate Bryson DeChambeau had been "to the detriment of my swing", and then linking up with renowned swing coach Pete Cowen, McIlroy had plenty on his mind on his arrival in Austin.

He insisted he played far better than the 6&5 scoreline suggested in his opening-day defeat to Ian Poulter, who remains the firm favourite to advance from Group 11 after he held off resilient Aussie Cameron Smith, although a defeat to Griffin would open the door for McIlroy to reach the last 16.

McIlroy needed a fast start against Griffin to lift his spirits, and he delivered when he almost holed his pitch to the first and won the hole with a birdie, and pars on the next two holes were enough to take the Northern Irishman three up after three.

The 2015 champion did run into trouble with a poor second to the sixth which led to a bogey-six, and Griffin holed from 25 feet to win the seventh before McIlroy hit back at the eighth, knocking another confident mid-iron to four feet and converting for the win.

He did himself no favours with a three-putt bogey from inside 30 feet on the ninth green, but McIlroy won three of the next four holes as Griffin struggled, and a 4&3 victory was completed when McIlroy scrambled a par at the 15th. 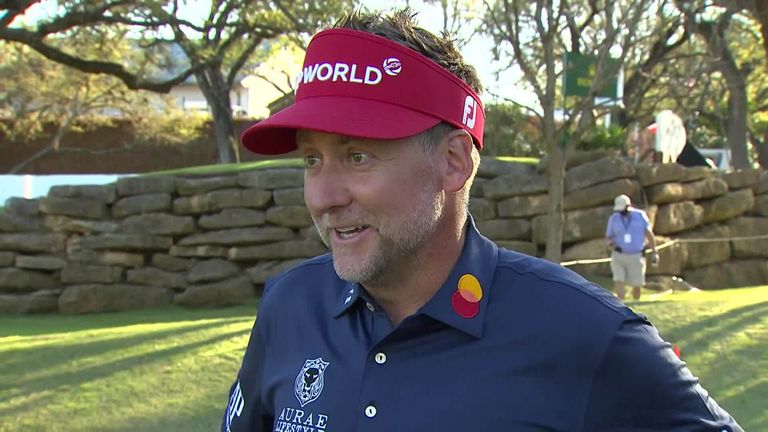 "That was big," said McIlroy. "Obviously winning the match today keeps me in the tournament and gives me hope for tomorrow. It looks like Lanto is going to have to do me a favour and beat Poults.

"I hit a couple of destructive shots yesterday, but overall both of us played well, and I didn't feel the scoreline matched up with how I felt like I played. And then the same thing today. I played solid. Lanto didn't have his best stuff, but I played solid and kept it in play and holed some good putts when it mattered."

McIlroy went through an extensive session on the practice range following his defeat to Poulter, and he reiterated his intention to put in all the hard work required to rediscover the form and consistency which took him back to the top of the world rankings early last year. 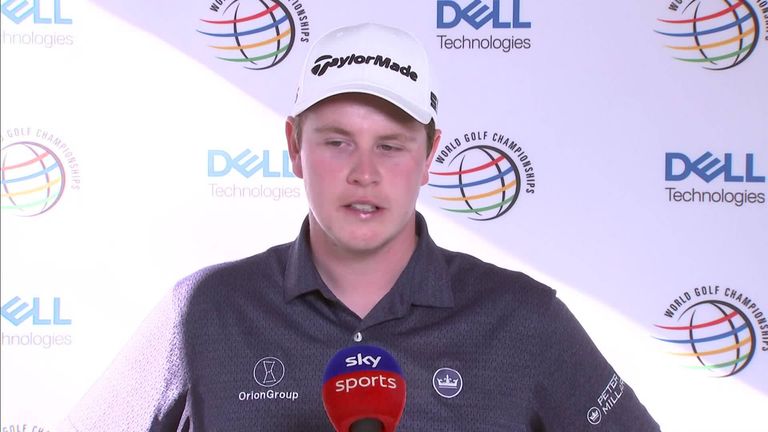 "As everyone knows who's played this game, it's a very difficult game at times, and I feel like it's testing me a little more than it has done in the last few years," he added. "I feel the only way to get through it is to put your head down and work on the right things and sort of trust the process of maybe put in the hard work.

"I doubt that one session is going to pay off that much, but I think it's just a process, and it's something I'm going to have to continue to do each and every day and put my faith and my trust in the fact that what I feel like I'm trying to do is the right thing and go forward."

Poulter, meanwhile, was three up with three to play against Cam Smith, who took the match the distance with birdies at 16 and 17 before he knocked his approach to seven feet at the last, only for the Ryder Cup legend to hole from 15 feet to snatch a 1up win.

While McIlroy was reflecting on his victory, rising star MacIntyre was on the verge of a notable scalp two up with three to play against Dustin Johnson having earlier turned the Group 1 encounter around with three wins in a row around the turn.

But Johnson's reply was worthy of his world No 1 status, drilling his second to 10 feet at the 16th and holing the putt for eagle, and he drained another winning putt from longer range at the short 17th to take them down the last all-square.

Both shaved the hole from 25 feet on the 18th green before shaking hands, with Johnson the more relieved to avoid defeat as he looks ahead to a day three clash with the already-eliminated Kevin Na, while MacIntyre takes on Adam Long knowing that victories for the Scot and Johnson will force them to playoff for a last-16 place.

"Dustin holed putts when he had to hole putts," said MacIntyre, who made a good fist of sounding far from despondent at the result. "He does that to win numerous majors. I'm young. I've got plenty of time ahead of me. Obviously, I was dying to win that match, and I was in such a great position to do it.

"But he threw everything at me, and I can be proud of finishing there all square, but obviously inside I'm a little disappointed not to win. But once we walk away from here and get in the car and drive back to the house, it's going to be, you know what, I can compete with these best guys on the planet."